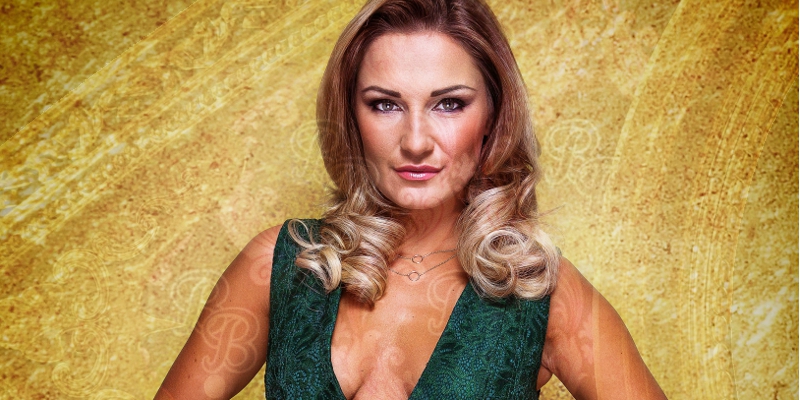 The Only Way Is Essex star, Sam Faiers has left the Celebrity Big Brother House in 5th place during tonight’s grand final.

Sam entered the House on Day 1 tethered to Jasmine, a challenging coupling which our cool-headed gal took in her stride. At one point it even looked like they could become BFFs.

She brought sexy back during the 18 Certificate task when she strutted her stuff in PVC with Lionel and the gang. And she showed she was a team player when she waxed on and waxed off Ollie’s hairy feet, which wasn’t even a task.

Speaking of Ollie, the chap from Chelsea will surely be disappointed to see our girl go. Asked to declare her amorous feelings for one housemate during her Acting Up task, she chose Ollie, which certainly made his day.

Ollie’s crush on Sam was given more fuel during the Silent Boxing task, when his revelation that he had an “inappropriate crush” on her was announced to the entire House – awks! But even if the feelings aren’t reciprocal, their performance during the ‘In the Limelight’ task proved what a great duo they make.

Sam proved her critics wrong during the ‘Get off the fence’ task, showing that she does have opinions about her other housemates after all. She just chose not to voice them often, instead spending her time acting as head stylist and fake tan aficionado.