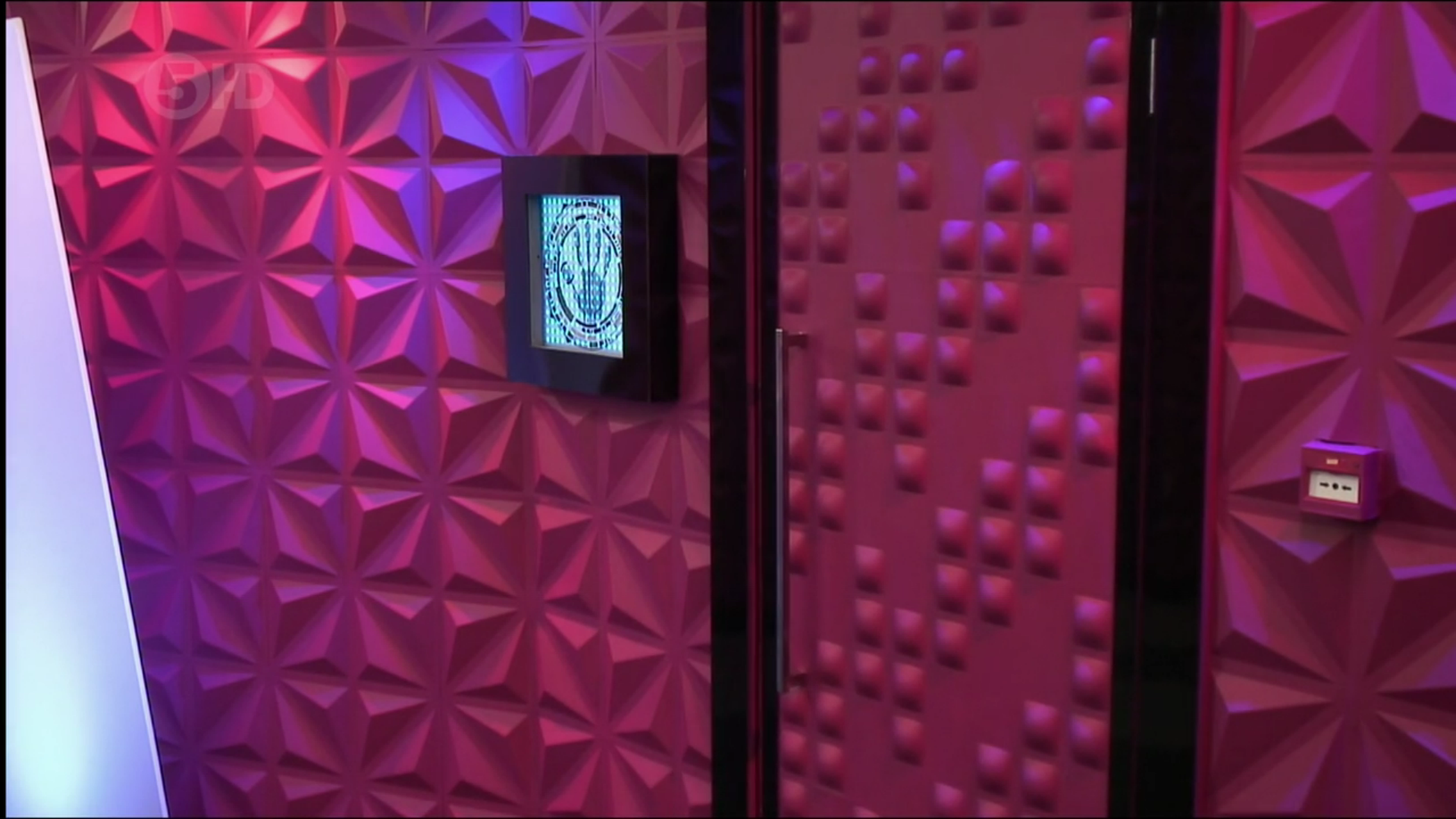 JAIL: The jail will be situated in the Pod. The Housemates will be given covers to sleep in, and given food that will be provided by Big Brother via a hatch in the house.

MORGUE: The morgue is situated in the large task room. When the Housemates die, they must not speak to any other Housemates, but make their way directly to the coffin that will be situated in the garden. Once entering the coffin, they will be met and walked to the small task room, where they will be given clothing and make up to look dead. They will then enter the morgue where they will spend the rest of the task, given embalming fluid (Complan) to eat.

· At the start of the day the Housemates are provided with vintage outfits and accessories for the task that will be left in the store room.

· The Housemates are gathered, and each is given a pair of headphones. All Housemates hear music, but a secret announcement is made into the assassin’s headphones.

· Ash, the head assassin, is called to the diary room. He collects an earpiece so that he can communicate with Big Brother throughout the task.

· Ash is told his first targets, and given a prop ‘detonator’ and ‘bomb.’

· The assassins must plant the ‘bomb’ in the smoking area, and then lure their victims there before going to a bathroom and pressing their ‘detonator’. The smoke bomb will give off red smoke, and it will be announced that the Housemates are dead.

· Assassin Steven must enter the bathroom and use a hidden microphone to do a fake Big Brother VOG, calling Kimberly to the Diary Room.

· Steven will then exit the bathroom and be led to the Diary Room, where he will hide behind the chair. When Kimberly enters, she will find the whole room, including the chair, covered in plastic. After Kimberly sits down, Steven will pour red gunge over Kimberly, killing her.

· Steven will then exit back into the bathroom and then re-enter the house. After Steven has exited, Big Brother will announce that Kimberly is dead. She must leave the Diary Room and enter the coffin.

· After bring provided with posh evening attire, the Housemates sit down for a fancy meal around the dining table.

· Before the meal, while the Housemates are all enjoying a drink in the living area, the assassins must switch the place settings of 2 Housemates.

· These Housemates will have their dessert delivered by the waiter, and when they lift the cloche they will find a gruesome skull with live maggots crawling out of the eye sockets. It will then be announced that this Housemate is dead.

· After the meal Mark will hold a séance so that he can speak to the dead. This will be around the dinner table, and Mark will communicate with the dead using a spirit bell, which will ring once for no twice for yes in answer to Mark’s questions.

· The dead Housemates will be watching the séance from the morgue, and answer via an earpiece that he will be given.

· The Housemates will all be given masks, and given music to enjoy (1920s style).

· Ash must then lead Helen to a quiet part of the house, before giving her a red skull mask to replace the one she is currently wearing, which signifies that she is now dead.

· At the end of day one Detective Winston gets to jail one Housemate that they suspect of being an assassin.