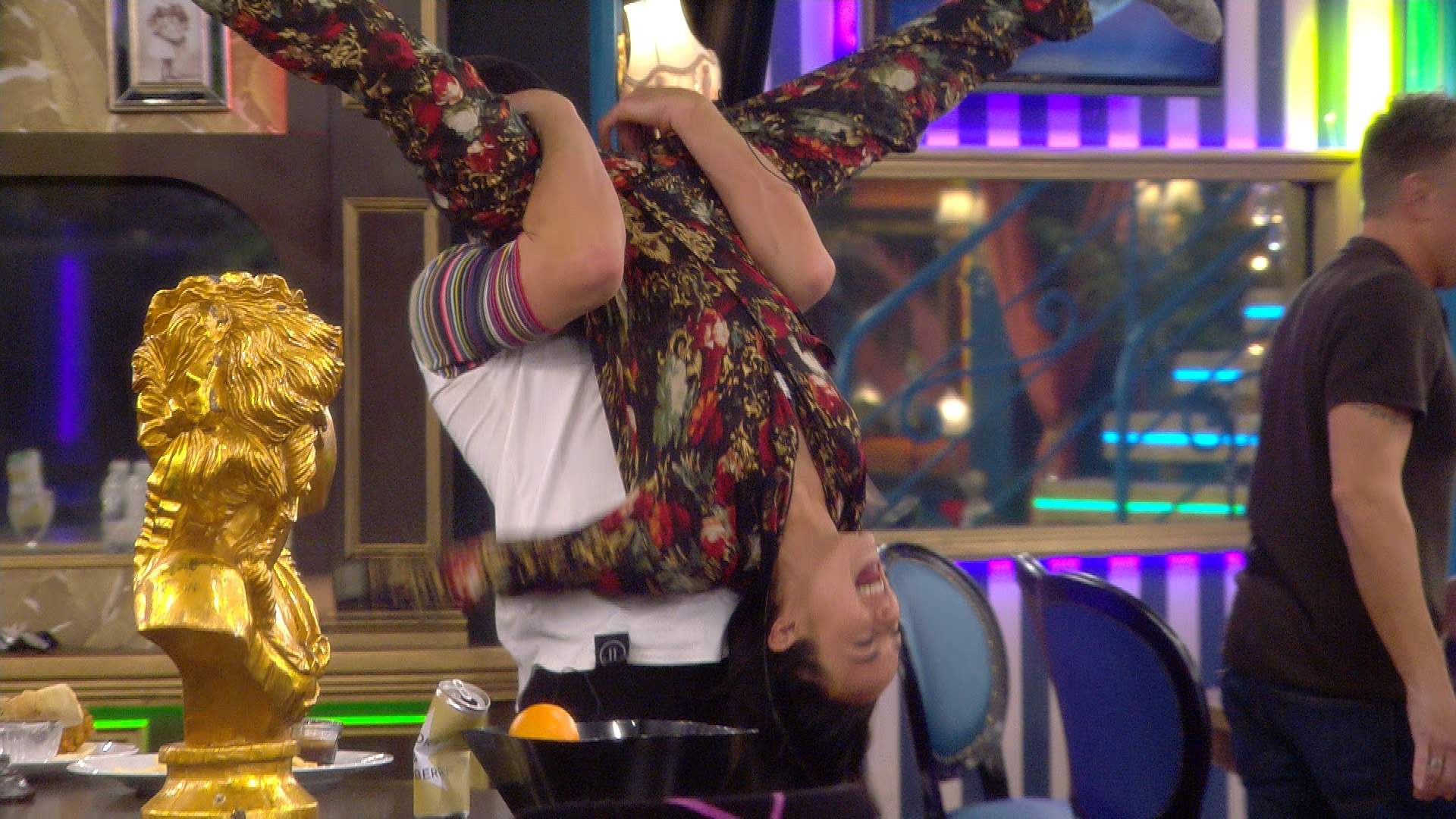 During the highlights show tonight, Housemates are playing I Have Never. During the game it comes out that Danniella had sex on a plane, John had sex with his husband in a puppet show and Tiffany has cheated on 80% of the men she’s ever been with.

Scotty T is dancing with Tiffany. After she says, “that boy better stop playing with me or I’ll give him the ride of his life.”

Tiffany is in the Diary Room talking to Big Brother, “I’m going to make a move on Scotty. I want to push the envelope a little bit. It’s hard to do with Danniella, Darren and Steph lurking around. They can give a look to make Scotty feel guilty for letting go around me. He’s a little bit afraid of me and I like it. He knows if he dips his toe in the ocean that is Tiffany, he’s never gonna return. I know that Scotty is going to give into the temptation that is me.”

Day 27: Housemates are chained together in latest task