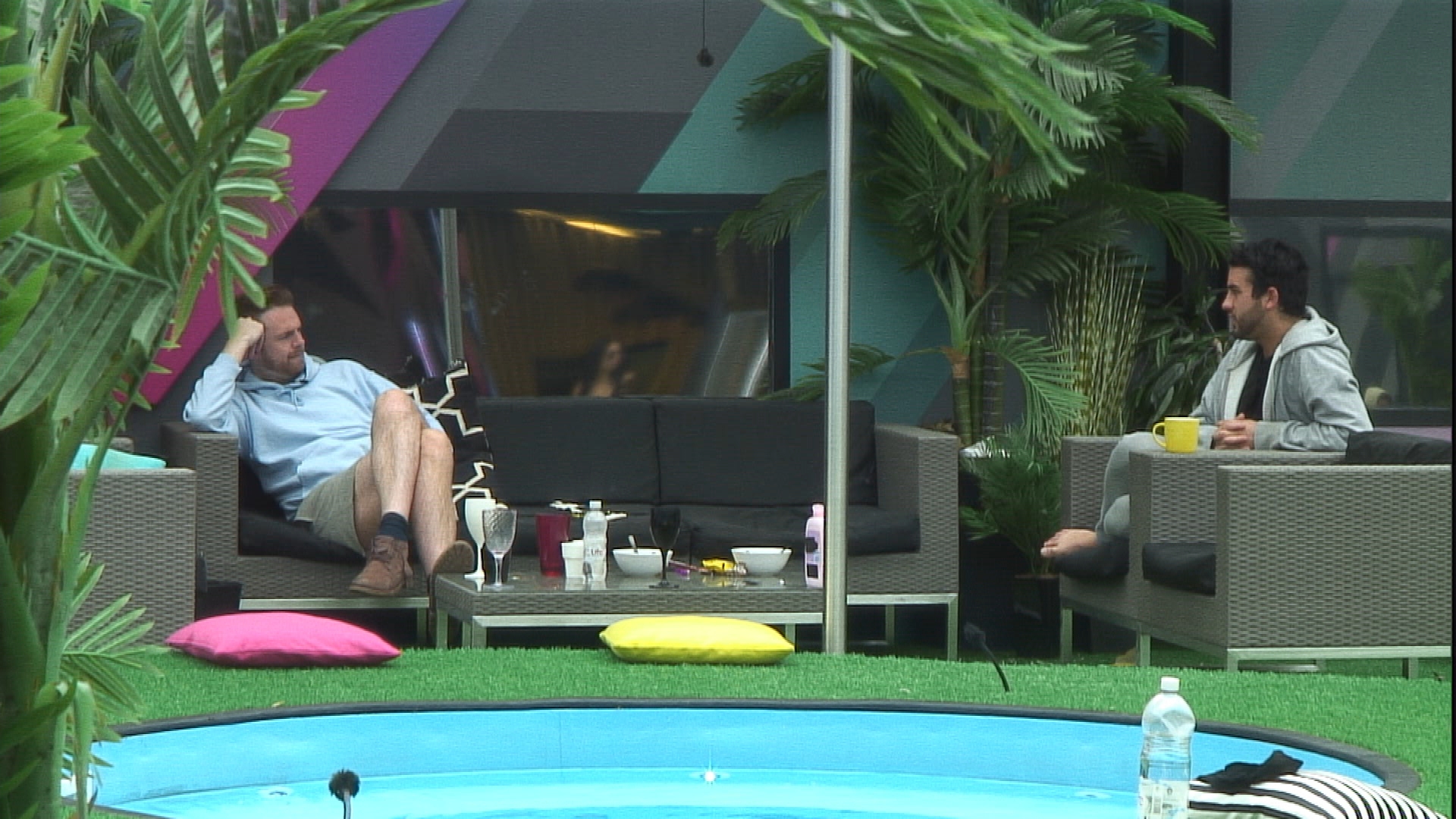 In the garden, Andy explains to Hughie that he would like to think that he wasn’t voted out as the public can see he’s ‘a nice guy’. Hughie believes he has stirred stories in the house.

Hughie speaks to Andy again; “You are a liar and a story carrier!” Andy replies, “If that makes you feel better to tell me again.” Ryan tells Hughie ‘enough’.

Andy is at the dining table Hughie approaches him again. Andy tells him he doesn’t want to talk; Hughie reiterates that he thinks he’s a liar and a story carrier. Andy replies; “I don’t want to keep hearing this.  You don’t have to tell me again.”

Andy is talking to Big Brother in the diary room, “I have Hughie telling me I’m a liar and a storyteller! The fun never ends. When I try to justify myself I’m ignored. It’s infuriating and exhausting. I’m not going to sit back and let people say things about me that aren’t true.” He then talks about Georgina; “Its nice not to have a constant whine in the background. The person who deserves you Jacko, is the person who loves you for you. Georgina wants him to be someone else, that’s not love. I’d be surprised there’s not a part of him that’s relieved she’s gone.”

In the bedroom, Jayne is giving Andy some advice; “If that was me, I wouldn’t have involved myself. It could be perceived you sticking you nose in.” Andy replies; “I’ll bear that in mind for the future, and if I hear anything I’ll just leave it.”

Hughie is talking about Andy in the diary room; “I think he feels he’s misunderstood, and that could be the truth.” Andy hugs Jayne, and tells her that he’s taken what she said to him on board