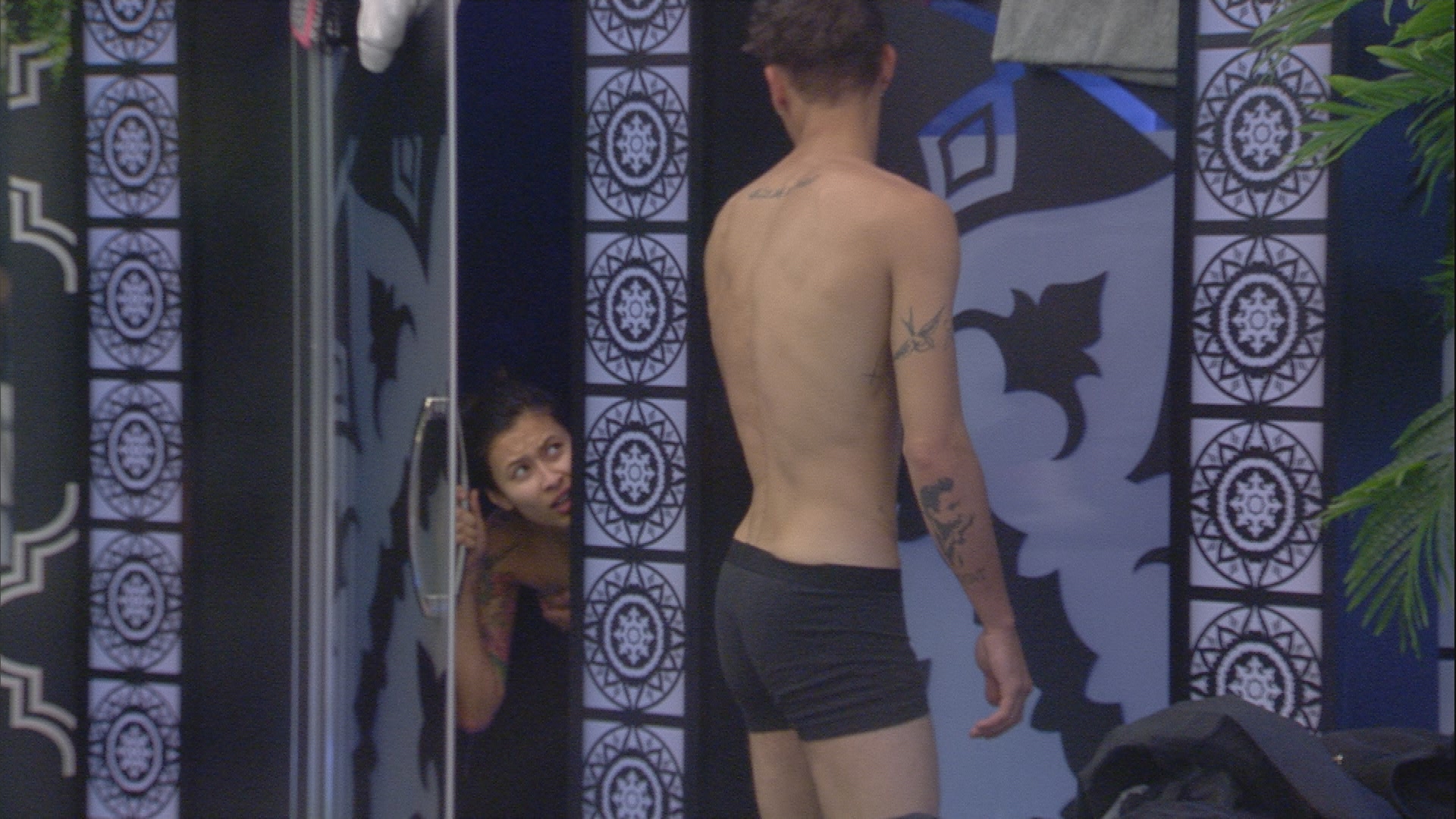 Jackson and Evelyn have taken Georgina’s eviction rather well..

Jackson is talking about Georgina in the diary room; “It’s really hard, the reality hits you. We just held each other down. It was the bedtime moments for me and George, it felt I had the real George. She was more open with her feelings. In a perfect world, I’d come out of the house and she’d be there and I’d have a ring on me and I would say ‘sweetheart will you marry me?’ I don’t want anyone else.”

Evelyn is in the diary room; “I can come alive now Georgina has gone. I can have fun more! I don’t have to worry about what Georgina thinks. We really didn’t get along.”

Jackson and Evelyn are then seen getting close. In the bathroom, Jackson and Evelyn are taking showers at the same time and later they are seen play fighting.  Jackson and Andy are talking in the smoking area. Andy reveals, “I’m being honest, I don’t think Georgina is absolutely perfect for you but that is none of my business.” Jackson responds; “We compliment each other.”

Day 28: Big Brother Housemates to be faced with connections in latest twist