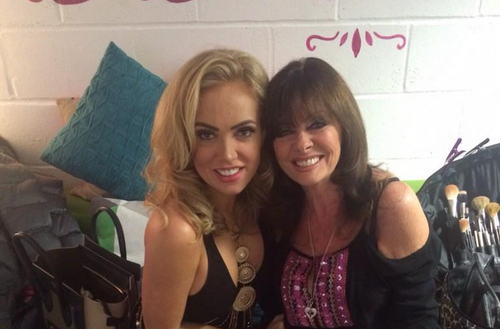 Day 28: Violence Breaks Out On Bit On The Side

Transmission was cut from Celebrity Big Brother’s Bit On The Side this evening due to a fight reportedly breaking out.

Horgan-Wallace said “You’ve got your cheque, get in the plane and f**K off. No one likes you here.”

Abraham said in her defence that Aiselyne “wasn’t qualified to comment” as she had not been chosen for Celebrity Big Brother.

The show then ended transmission.

Rylan tweeted “Apologies we had to cut transmission due to reasons out of our control. Thanks to our loyal audience and viewers”.

Currently some audience members from Bit On The Side are reporting Aisleyne threw her drink at Farrah, who then stood up and threw her chair back toward Aiselyne which hit fellow panelist Vicki Michelle. This has not been confirmed by Channel 5.

In the final ten minutes of the show, Live Feed was broadcast showing the much calmer house, completely unaware of the drama going on outside.

Bit On The Side was trending on Twitter for the first time in years.

Currently there is no official statement from Channel 5 explicitly saying what happened. We’ll bring the official news to you as we hear it.