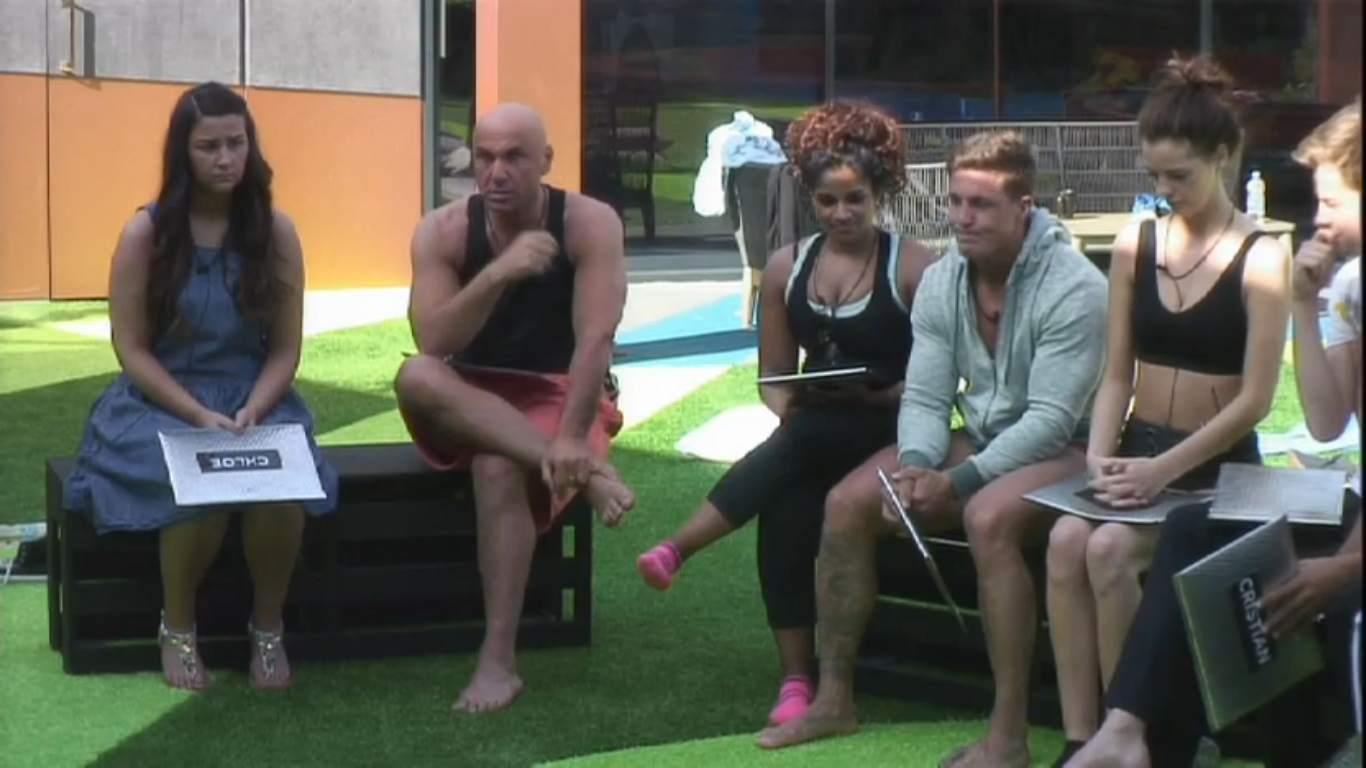 On tonight’s show, the latest task called  Wishing Well causes a bit of trouble with the Housemates.Big Brother has placed a wishing well in the garden. The housemates are to make anonymous wishes about their fellow housemates. The wishes will be read out but housemates will have the opportunity to remain anonymous or admit to their wish.

Each housemate is given an envelope containing the wishes about them. Simon reads, “I wish Simon would think more about the impact it has on others before he says things.” Simon responds, “I find the nominations really hard but I need to think about it more and what I’m actually doing.” Cristian admits he wrote the wish saying, “You’re nominating that one person and you’ve got to explain exactly why you’re nominating that person.”

Sam reads the next wish which about her excessive use of ketchup and butter. Cristian admits it was him. Harry reads, “I wish that Harry would limit her nakedness.” Harry comments, “I’m completely oblivious to the fact that I’ve no clothes on.” Danny admits it was him.

Marc opens his envelope and laughs when he says the number of wishes related to him. “I wish Marc would stop being crude and making rude jokes.” Marc says he’s aware that people don’t like it but that is his personality and stopping that would be fake. Joel comments, “You’re not being fake if you tone it down and I think that’s respectful.” Marc reads, “I wish he would stop messing the house up.” Marc guesses this was Danny.

Harry admits it was her saying, “He just pisses me off in general because he’s a dick. Marc responds, “I avoid you because you make me feel uncomfortable.” As they begin to argue, the other housemates interrupt before it can escalate. Marc reads, “I wish Marc would be more cautious towards the ladies in the house.” Jade admits it was her. Marc, “I wish that you would think before you say extremely offensive things towards housemates.” Jack admits it was him. The task finishes and they are told they have passed. Marc comments, “I won’t be ignoring anyone anymore. I’ll be getting the full wrath.”