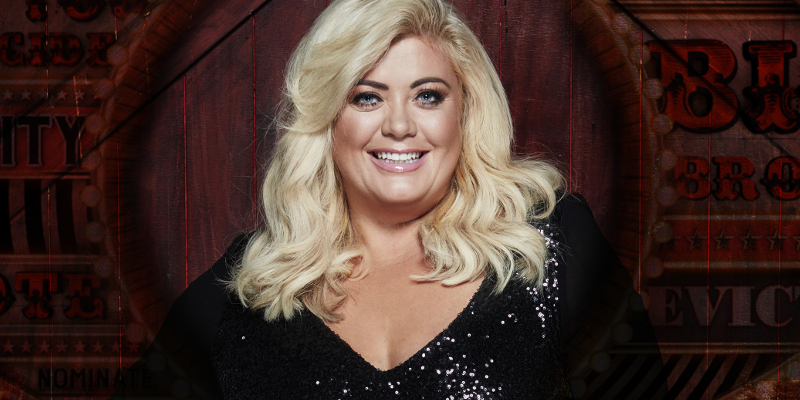 Gemma Collins has been evicted from the Celebrity Big Brother House ahead of Friday’s final.

Over the weekend, Big Brother punished housemates for rule breaking by giving Stephanie the ultimate power of a killer nomination. She chose Danniella to face the public vote. Housemates then nominated in the Diary Room and it was revealed that Gemma and Stephanie would join Danniella in facing eviction for the last time before the final. During tonight’s 9pm Channel 5 programme, Emma Willis announced live to the house that the seventh person to leave would be Gemma.

Following the announcement, Gemma had 30 seconds to say her goodbyes and left the house to a mixed reaction from the crowd; then was greeted by Emma.

Asked how she felt about being back in the real world, Gemma told Emma, “I’m gonna be in my shop tomorrow. I’m desperate to get back to work. I’ve had an amazing time, but I do feel there was other people in the house that were much better at the tasks than me, that deserve to go on to win the show. I’m not a task type of girl.”

Emma asked Gemma about her reaction from the crowd. She told her, “I take it as a compliment. There’s always gonna be a pantomime villain somewhere. I know who I am as a person, honestly it doesn’t phase me one bit. It was my time to go.”

Emma then goes on to ask how she really feels about going. Gemma said, “It was a massive thing to come in here. I didn’t walk out, I managed to stay for the four weeks. You know I learnt some things about myself in there. I am actually really happy with my life and the things that I’ve achieved so far. I just want to carry on and keep doing the things I’m good at like my clothes designing, my shop. I know who I am as a woman. Just don’t ever ask me to play a game again.”

Emma questioned whether Gemma enjoys winding people up and Gemma told her, “I was on a reality show for nearly four years. For me, you see one hour of it. We live in there 24 hours with the same people and it’s kind of a bit boring. For me, I had to make my own mischief in there. No one can ever judge it until you’ve been in there.”

Asked about the difference between Gemma and GC, Gemma said to Emma, “My special friends know Gemma and my family. That’s how I kind of like it to be honest. I’m not ready to totally give Gemma yet. That’s my bit of protection.”

Emma asked Gemma who she wants to win and she told her, “I would love to see Tiffany or Scotty T win, and of course Danniella. You know, she’s come such a long way.”

Celebrity Big Brother returns tomorrow at 9pm on Channel 5. Emma will be back on Friday at 9pm for the live final.

Day 29: C5 to extend Big Brother House and stage ahead of BB17