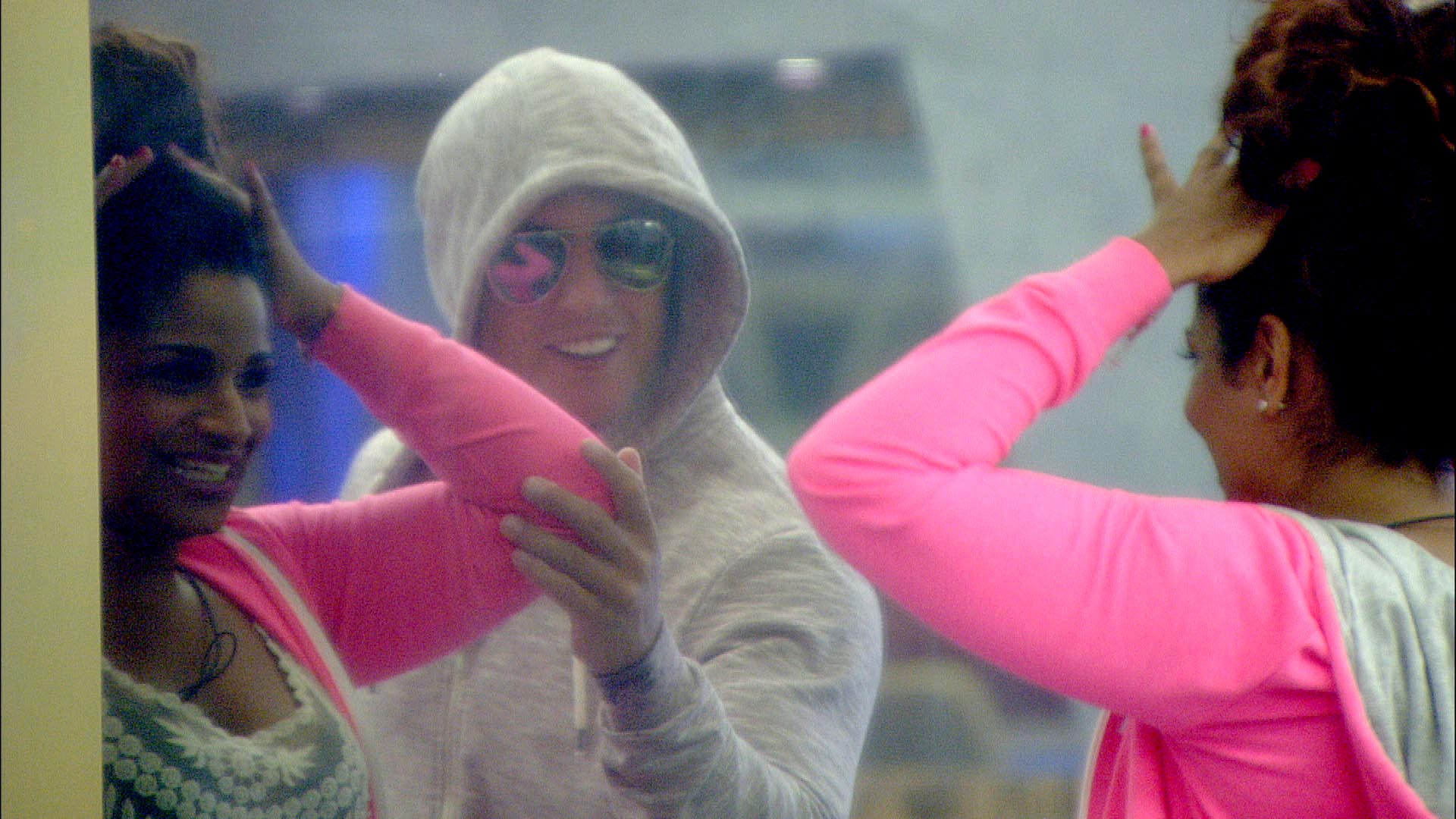 Day 29: Sam on Marc: “We are just friends. I think that it was inevitable”

On tonight’s show, Marc is in the Diary Room talking about last night. “I’ve just realised what I was doing. I’m so embarrassed!” He continues, “Alcohol fuelled idiot. There’s no feelings in it at all. I don’t feel it like that.” He says that he thinks Sam feels the same and explains that there were no fireworks.

Later on, Sam and Marc are in the kitchen. Sam says, “You were so annoying last night. Marc replies, “At least I was entertaining.” Marc tells Sam that he heard the others speculating about a sex act that may have happened last night. They both dismiss this with Sam commenting, “I don’t care because I know what happened.”

Some of the housemates are in garden discussing Sam and Marc. Cristian says, “I don’t think they did anything. I think they were just dry humping.” Harry comments, “It shut Marc up for the longest. If he’s got Sam’s fanny in his mouth, that’s fine by me.”

Sam’s in the Diary Room talking about Marc. She comments that the other housemates are asking about them. “We did have a kiss on the couch.” “We are just friends. I think that it was inevitable.” She describes Marc’s different personality and explains there are five different personas. She adds, “He’s a very passionate person. I think it’s quite hot when you’ve got someone his level of intellect talking about changing the world.”