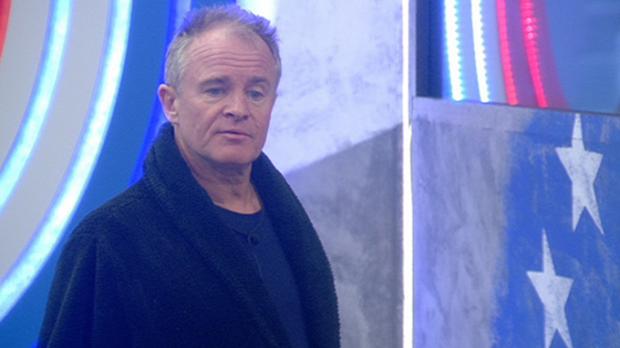 Bobby has appointed his cabinet in the first task during his reign as Prime Minister.

Yesterday, Bobby Davro entered the House and took part in a task, winning it and becoming the Prime Minister of the House. His first duty was to appoint his cabinet.

Natasha: Minister Of Defence
Bobby didn’t hesitate to appoint his Minister of Defence: he immediately picked Natasha, citing her “feisty and firm” personality. Well, we can’t imagine anyone wanting to face the Wrath of Tash.

Chris: Chancellor of the Store Room
Deciding he needed someone to be in charge of resources, Bobby appointed Chris. Apparently it’ll be down to him to look after the House’s budget, and to distribute commodities like food and alcohol to the group.

Chloe-Jasmine: Foreign Secretary
Another obvious choice, Bobby picked Chloe-Jasmine as his foreign secretary because “she speaks 47 languages.” We’re not sure that’s exactly accurate, though she does speak fluent French, German, and Portugese. So if PM Bobby needs anyone to negotiate with other Houses in far-flung parts, he’s got just the woman for the job.

Gail: Minister for Clean and Scotland
That seems to be approximately where our PM’s knowledge of Cabinet ministers ran out, because he went on to appoint Gail the Minister for Clean. Which isn’t even grammatically correct, let alone a real parliamentary function. She’s also acting as a representative for Scotland, so she’d better hope there isn’t another referendum while she’s in the House because she might end up on a team of one.

Sherrie: Minister Of Clothes
Sherrie nabbed another made-up position, as Bobby named her Minister of Clothes. It’s her responsibility to make sure everyone’s dressed to Bobby’s satisfaction, and also to make sure no-one leaves their dirty socks on the floor.