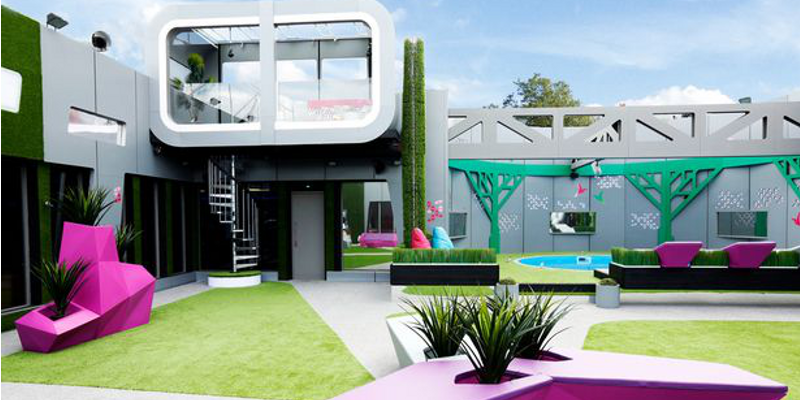 Take a look at the brand new Big Brother House!

Channel 5 have today revealed the brand new Big Brother House, for the new series which starts at 9pm on Thursday. Big Brother: Power Trip will have a new look House to last year, where Big Brother went all eco-friendly. This time, he takes the theme of technology and makes it all shiny and new ready for his new batch of Housemates.

Big Brother has removed the Diary Room door bell and has replaced it with a hand scanner, which Housemates must use if they want to enter the Diary Room. A LED screen is also in place, which shows who is nominated for eviction each week.

As our housemates enter down a floating staircase they will, as always, be cutting themselves off from the outside world but although they will leave their phones, iPads and Twitter accounts behind, they will discover that technology is at the heart of this year’s house. Housemates’ hands will be scanned on an identity touch pad to allow them access to the Diary Room.

A state of the art kitchen sits proudly in the living space, complete with ultra-modern fittings and designer lighting. The housemates will be able to congregate around the dining table, where a huge screen dominates. These screens feature heavily this year, but what information will be fed to the housemates and will that data help them play the game? An interactive LED wall will feature our housemates’ faces and each week after nominations, colours will change to illustrate who is facing the public vote.

The bedroom can only be accessed via the garden, where as usual, housemates will need to share the modern communal space. If housemates need an area to escape to, they’ll discover a private futuristic pod set high above the garden. If they fancy cooling off they will be pleased to find that this year’s swimming pool is one of the biggest ever. However, they would be wise not to assume that their summer will be a lazy luxurious holiday. As ever, behind every mirror, multiple cameras will be tracing the housemates every move!

Let us know what you think of the new House by voting in our poll:

Big Brother: Power Trip begins on Thursday at 9pm, and is followed by Big Brother’s Bit on the Side at 10:35pm and Big Brother: Live from the House at 11:35pm.