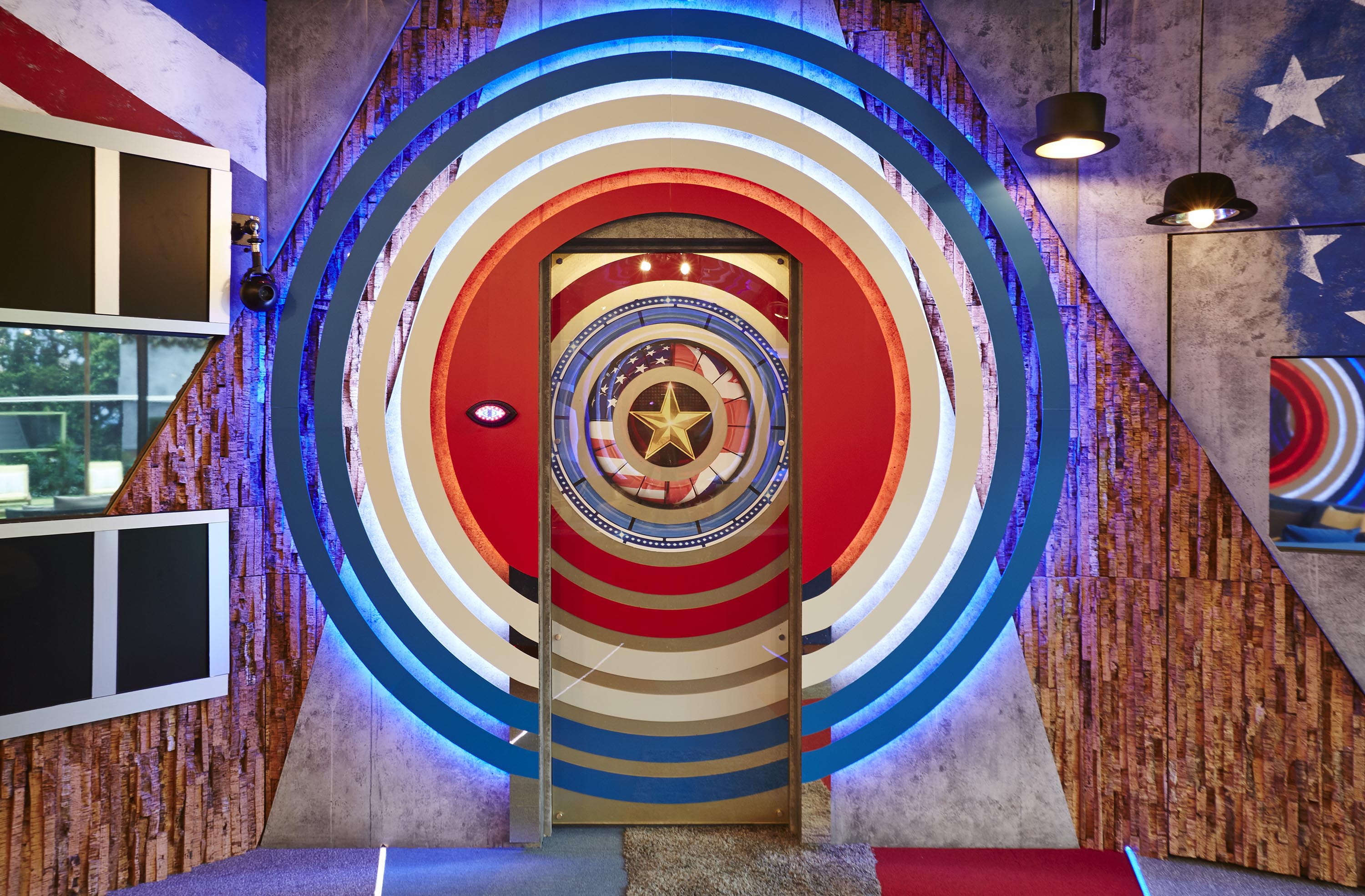 Channel 5 have unveiled the new look Diary Room ahead of the new series of Celebrity Big Brother.

The new look Diary Room has been revealed ahead of the live launch of Celebrity Big Brother on Thursday. Replacing the time theme that was used for the civilian series, the Diary Room now houses a UK and USA theme with the eye logo around the back.

The chair itself is the chair used during the civilian series but is now blue and red, with a gold trim frame. Celebrity Big Brother returns on Thursday at 9pm on Channel 5 and TV3.