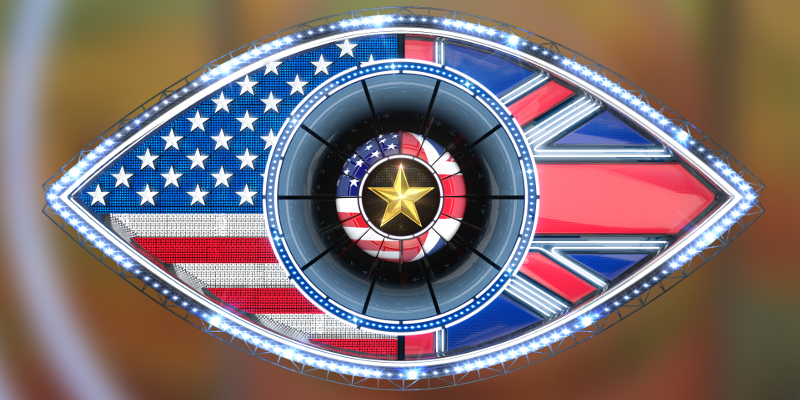 The new look Celebrity Big Brother House has been revealed.

With three days to go until the launch of Celebrity Big Brother, the new look House has been revealed for the first time. Dressed in British and American icons throughout, the celebrity Housemates will feel right at home. Starting as they walk through the door a red carpet lines the entrance steps before moving down into an American style kitchen.

The Kitchen takes on the look of a 1960’s American diner, even adapting a black and white floor pattern to really embrace the theme. The main living area boasts a blue seating area with red carpet and a coffee table which includes the pupil of the Celebrity Big Brother eye logo.

Moving out into the garden, the large summer island mural has been replaced with a British country theme, while the pool now houses a mini Statue Of Liberty and a large panorama view of Manhattan. The Sky Room has also been given a makeover and now resembles a castle or a fort.

Inside the bedroom, there are multiple eyes staring as large pop-art pictures take hold across the walls. The beauty area is now red. The bathroom has also been given a facelift with London taking the central theme inside the glass wall near the bathtub.

Back out into the living area, the Diary Room wall takes on a red, white and blue theme while the corridor inside also carries the eye logo.

Celebrity Big Brother returns on Thursday at 9pm on Channel 5 and TV3.