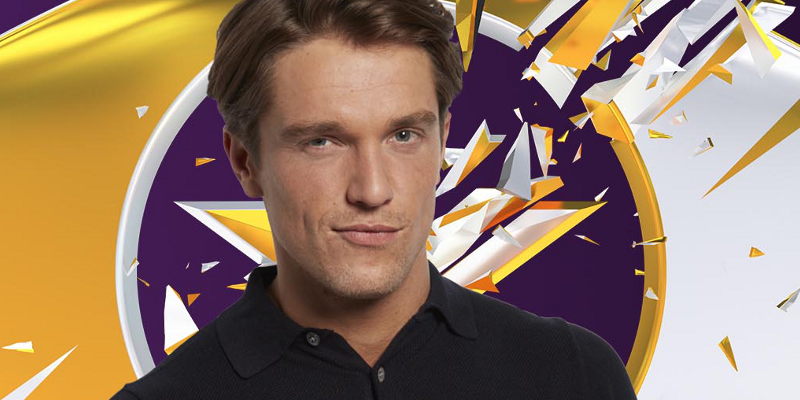 Lewis has been granted immunity from the first eviction.

On launch night, Biggins became the secret boss of the House. What he doesn’t know is that the other Housemates actually know about his role.

As the boss he will be in complete control of the House and nominations. However, the people he chooses to nominate won’t actually face eviction. Instead they will become immune from eviction and will not face the public vote.

During tonight’s show, In the diary room, Biggins is tasked with nominating his next housemate by spilling a whole drink over the housemate of his choice. His housemates are watching on from the sofas

Biggins pours himself a glass of water, and then pours it over Lewis; “I’m so sorry!” Housemates laugh. This means Lewis – along with Biggins and Saira – are now immune from Friday’s eviction
Renee tells Marnie; “Lewis knew it! He acts like a d*ck. He’s over confident, ‘I’m sexy, I’m me!’”
Celebrity Big Brother continues tonight at 9pm.
Share FacebookTwitterWhatsAppPinterestEmail

Day 3: Biggins labels the Housemate in a secret task