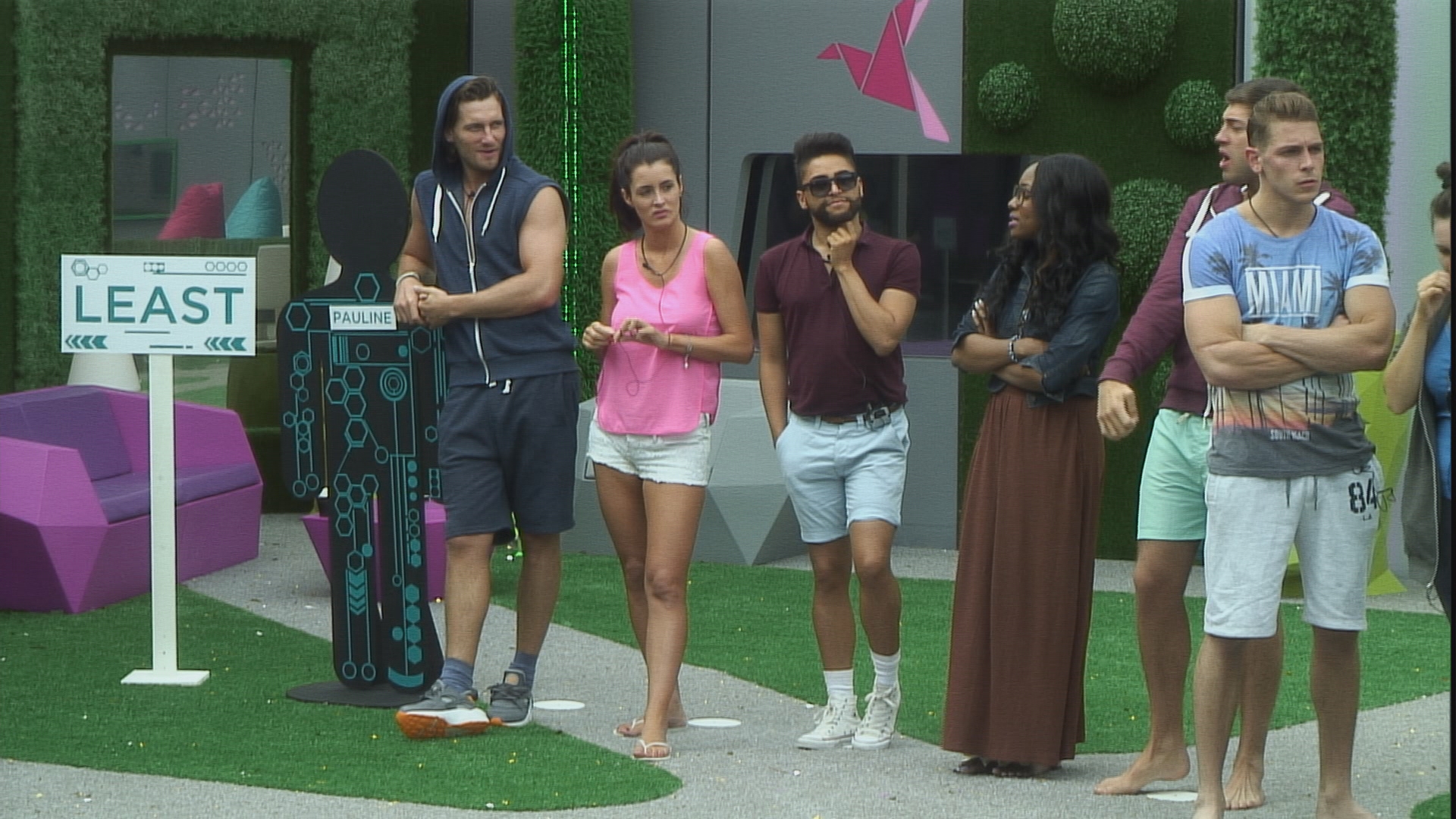 Housemates are given particular categories and have to arrange themselves into line-ups ranging from the ‘Most’ to the ‘Least.’

Meanwhile, Pauline and the housemate she deems’ to be the most perceptive Housemate are watching on a soundless screen in the Diary Room and must guess the category.

Pauline will choose a housemate to join her in the Diary Room. All other Housemates gather in the Garden where there are two signs, one saying ‘Most’ and the other ‘Least.’

The Housemates in the Garden will be given a category and must arrange themselves into the order that they feel is correct, ranging from ‘Most’ to ‘Least’. There will also be 2 life size cut-outs of the Housemates who are in the Diary Room, who the House will also have to include within the line-up.

The Housemates in the Diary Room can see the others arranging themselves, but cannot hear what they are saying. They must then look at the final line-up and choose from three multiple choice answers as to which category they think the Housemates have been given.

If Housemates pass the task will win ingredients to make a nice meal.

1. Most to least Fake

2. Most to least Manipulative

3. Most to least Obnoxious

4. Most to least Successful

5. Most to least Arrogant

Most to least Judgemental