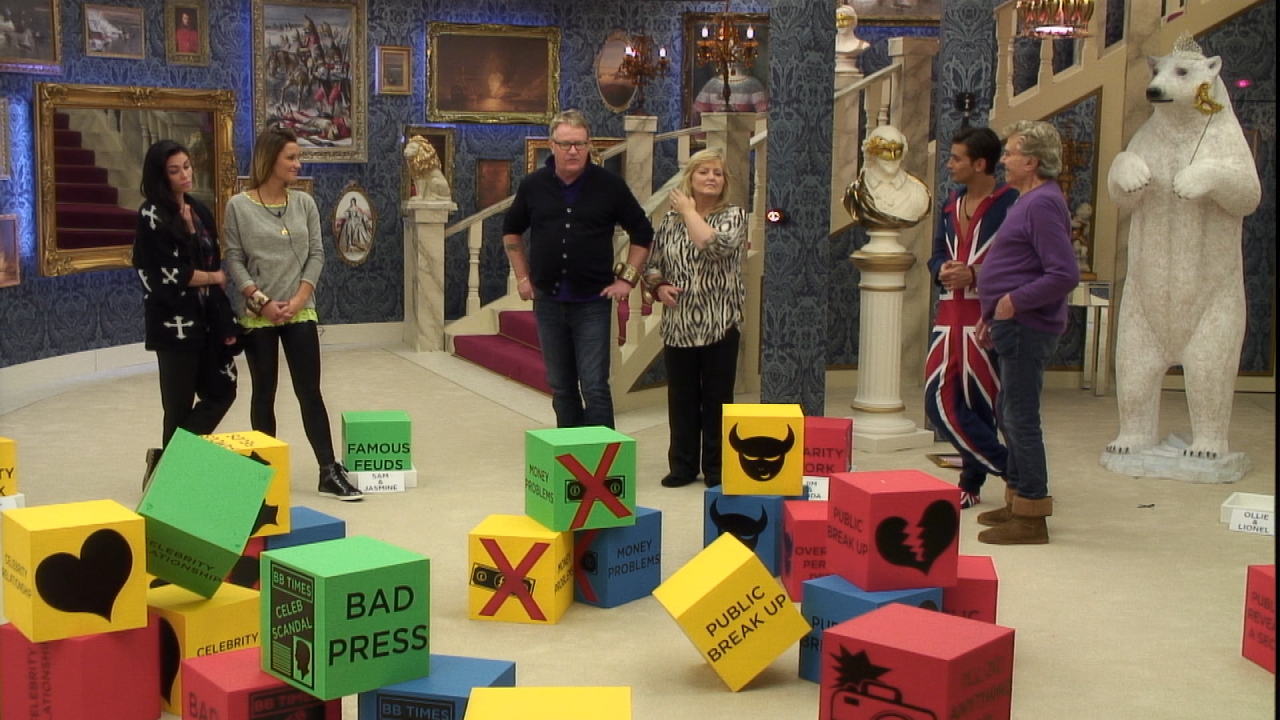 Housemates attempt to get themselves unlocked by solving Big Brother’s ropey puzzle as they race to pass the key to their handcuffs along a knotted rope to free themselves from their shackles.

The housemates are told that today Big Brother will give them their final chance to win the right to be unlocked.

The three remaining locked pairs will take part. Each pair will be given coloured boiler suits that match their rope.

OLLIE & LIONEL will become the RED team
In the centre of the garden they will find three giant coloured ropes each leading into the centre. Each rope has been padlocked down at one end and the other end of each rope is attached to each pair.

The object of the task is for the pairs to pass their key along their rope, untangling the knots along the way, to the centre. They must then use this key to unlock the end of their rope and take their key off of the rope to unlock their handcuffs.

The first pair to untangle and unlock themselves will be the winners and will have their handcuffs unlocked.

We will have the results of the task soon