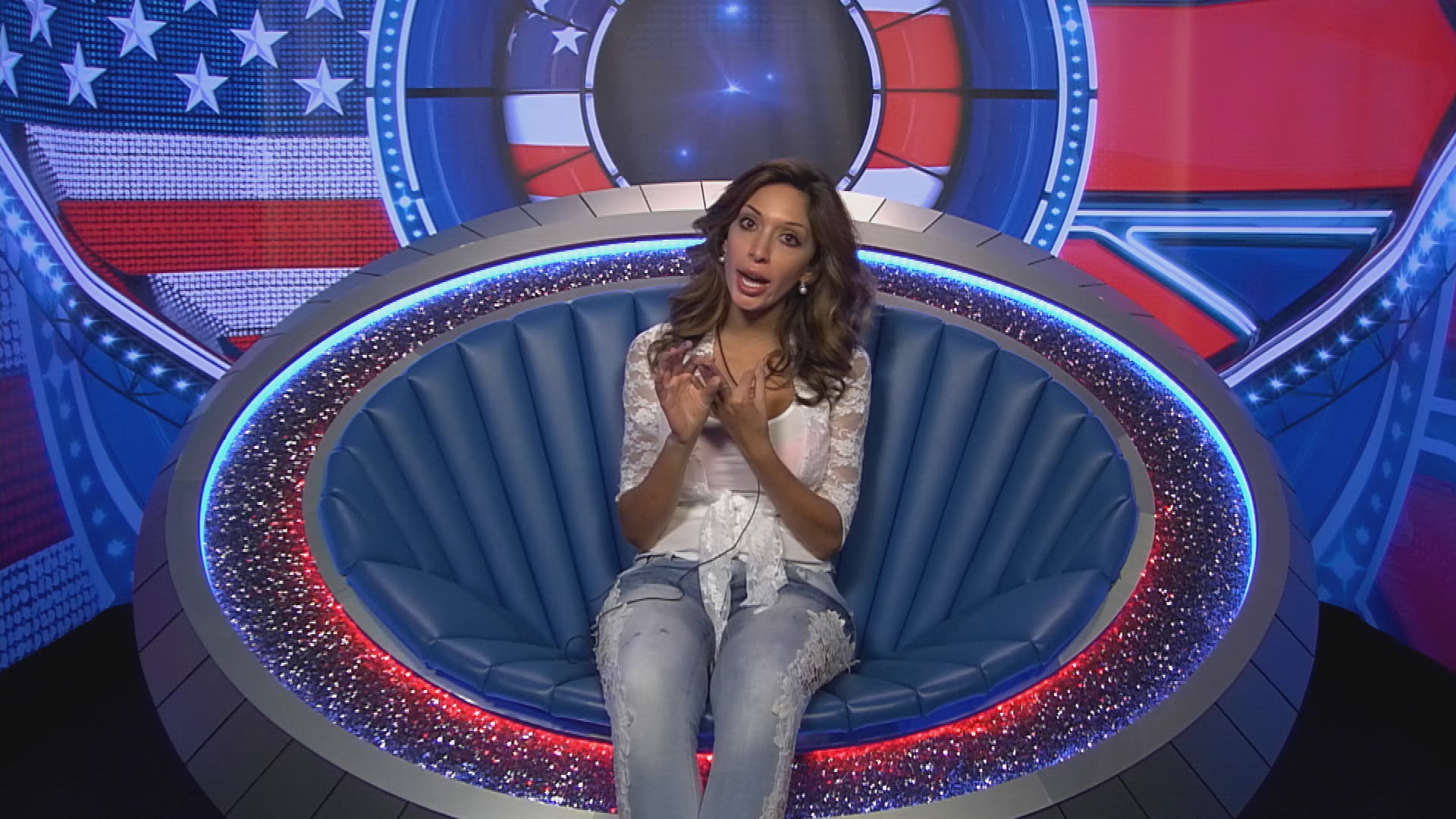 Later on, Farrah accuses James of staring at her and calls him a ‘dip-sh*t’. James says this upsets him and Farrah loses her temper. Austin asks her; ‘Why do you have so much beef?’ She storms out of the bedroom and James goes after her to calm her down but they end up arguing again with Farrah once more calling him a ‘dip-sh*t’.

Daniel asks Farrah; ‘Why do you give so much of your power away to that person?’ Jenna tells James that he handled himself very well in his dealings with Farrah.