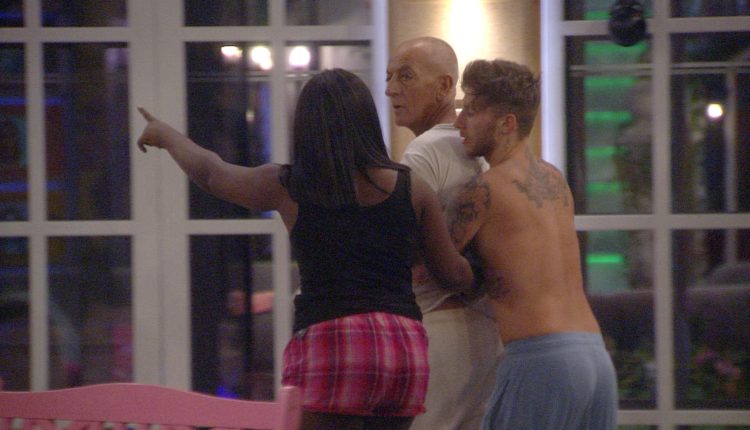 Day 30: Joe explodes in a row with Andrew over his friendship with Raph

During tonight’s highlights show, Joe and Andrew come to blows and have a row in the garden. In the smoking area, Joe is discussing Raph to Kieran; “Why does he have to get involved? He wants to keep away from me!”

In the bedroom, Andrew and Raph are discussing Joe; “He has to stop being so abrupt about ridiculous things. I’m not scared to stand my ground! Joe is just someone who I’m never going to know on the outside.”

Joe is in the diary room talking to Big Brother; “I’ve had enough of that f**king pr*ck Raph and his chum mate Andrew. Trying to test my emotions!”

In the smoking area, Andrew asks Joe if he’s in a bad mood, Joe tells him; “It’s about the second time now you’ve intervened in a conversation that’s had nothing to do with you. I find it insulting. I’m better off keeping my mouth shut.” Andrew replies; “But you don’t have to be so highly strung…but if I feel you’re being abrupt for no reason, I will say.” The pair continues to disagree and Big Brother asks Joe to go to the diary room, Tom takes Joe out of the garden into the house.

In the diary room, Joe states to Big Brother; “Why does he have to carry on and get a reaction out of me? I didn’t do nothing wrong. I’m not bringing no fists into it, not making it personal…”

In the smoking area, Andrew tells some of the housemates; “If I have an opinion I won’t express it in an aggressive or angry way, I’ll state it as a fact. The way he spoke to Raph tonight did not sit well with me. I will never argue but I will state a fact in the most honest and nice way I can.” Housemates agree with him. Sue adds; “Joe is angry as he’s up this week!”

Day 29: Ellie and Sam flirt and Housemates get sexual

Day 30: Housemates face their fears in the latest task