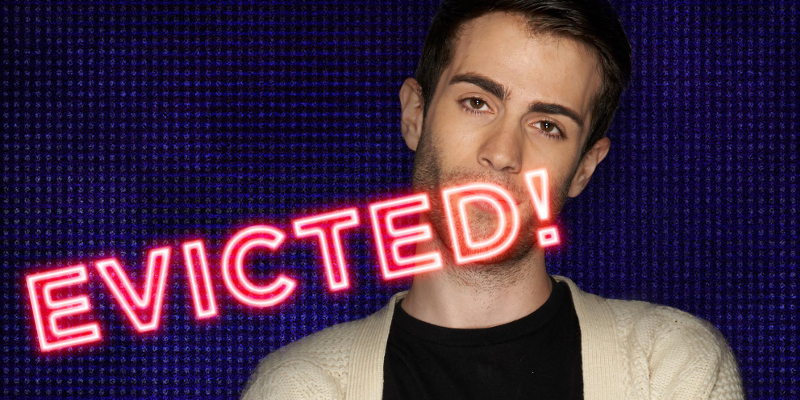 On Friday, Big Brother announced that the House would be taken over by the girls and girl power would dominate the House. It was also announced that all of the boys would be nominated for eviction. They were then given the chance to show the girls why they should be saved from eviction.

On Monday, the girls saved Steven, Chris and Marlon from eviction following a weekend of tasks and chores set by the girls. This meant that the remaining Housemates would face eviction – Ash, Christopher, Mark, Matthew and Winston.

Earlier on tonight, Mark and Winston were saved from eviction by the public – and now you have decided to evict Matthew.

Matthew left the house to mixed reviews from the crowd. When interviewed by Emma, she asked how it feels to be out, Matthew said: “It was strange”. When asked why he thought he was here: “I think a lot of them are really likeable in the house…and I was quite negative…I knew I was going to be up…I was a bit bitter”.On Mark: “We are more similar than people think. We balance each other out”. On the house conversation in general: “There’s no level of intellectually stimulating conversation”. On Ashleigh: “She’s not absolutely innocent, she is a really sweet girl, but she definitely knows what she’s doing…she has a bitchy side to her”.