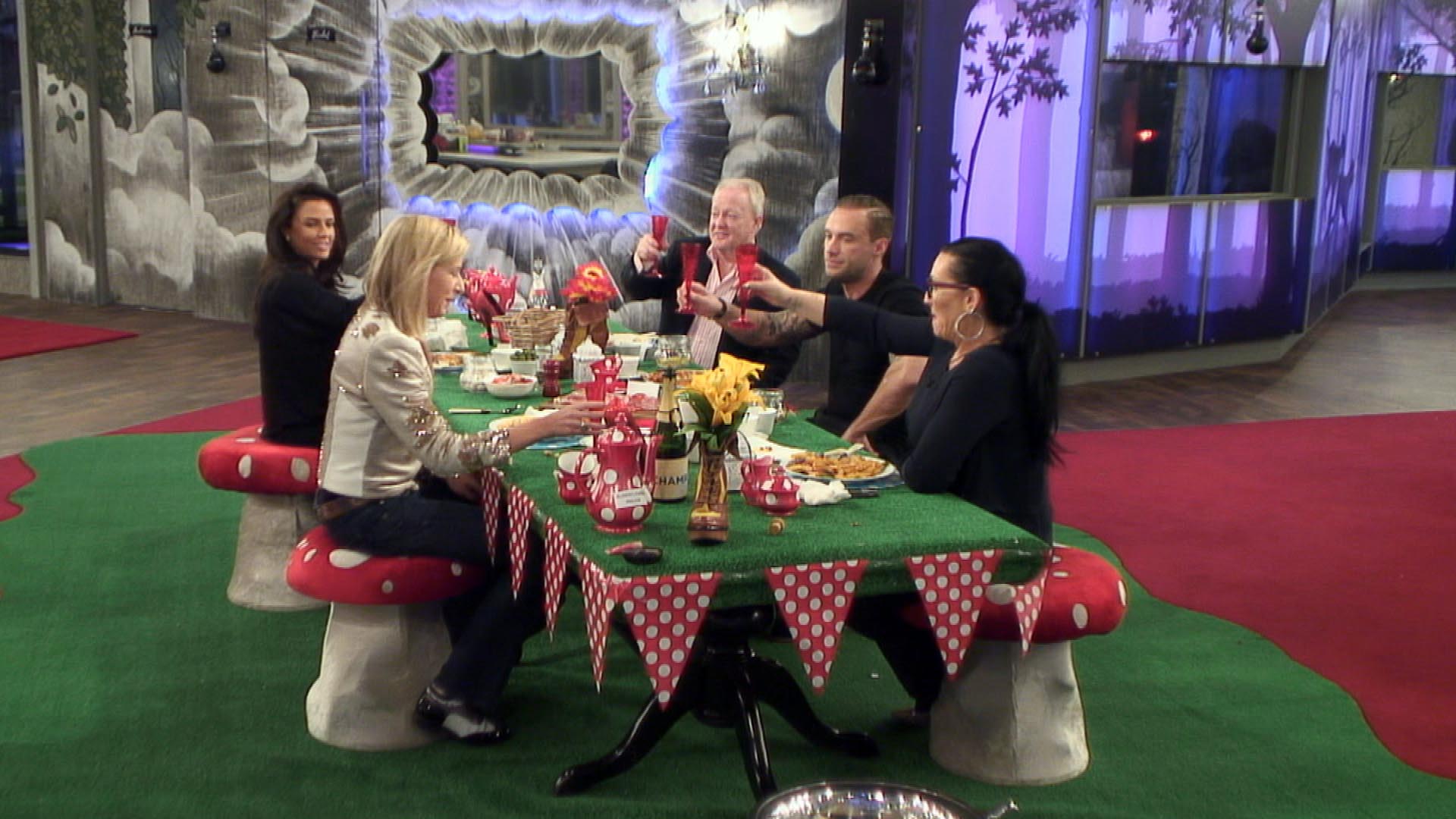 Big Brother has laid on a dinner for the finalists. Keith begins the toasts by addressing all of the Housemates “I came here for a journey and it’s turned out to be a real hell-hole… He raises a glass to all of the Housemates and finishes his toast with: ‘I will not forget the bad times but I’ll certainly remember some of the fantastic times we’ve had.’

Calum is next to toast the Housemates. He describes his time in the House as a ‘mad experience, with some seriously awkward and twisted times, met with some brilliantly, funny, hilarious moments.’ He goes on to say the great friendships he made in the House have made it “easier” to get through the “awkward, sick moments…of which there were many.” He concludes his speech telling the Housemates he is ‘grateful and thankful of what is to come, so thank you everybody.’
Michelle stands up and toasts Katie Hopkins, admitting: ‘I came in here ready to rip your head off because you know I don’t see eye to eye with the way that you think out here and the beautiful thing is, I don’t have to because I saw who you were inside.’ She finishes by saying: ‘You will talk shit and I won’t support it but I will always support you because you are amazing.’

Katie Price states her toast will be “short but sweet like me.’ She sums up her ‘crazy, whirlwind three weeks’ in the House. She adds: It’s like I’ve been in a tumble drier and now I’m coming out the end.’

Katie Hopkins is the final Housemate to make her toast to the group. She says that coming into the house was a ‘real risk’ because there is a ‘Katie Hopkins that everybody else knows on the outside that was booed and I’m grateful that you’ve all been so generous with your time and generous with your understanding’” She tells the Housemates that she has been able to be ‘just me’. The Housemates raise their glasses for the final time.