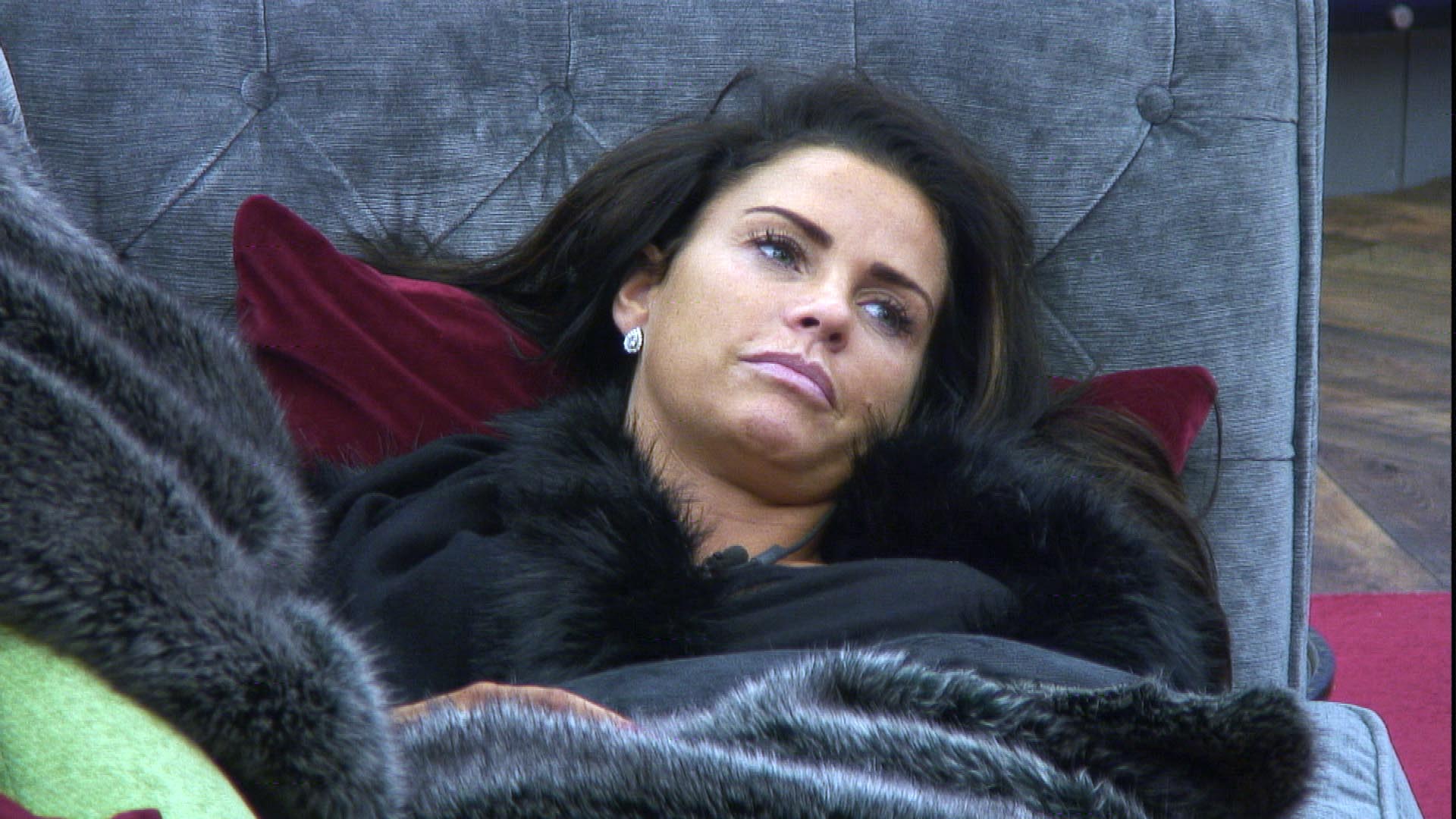 Channel 5 have confirmed that Katie left the Big Brother House for a short period yesterday as she attended a medical consultation.

On tonight’s show, it is revealed that Big Brother has organised for Katie Price to leave the house so she can attend a medical consultation. Having told the other housemates about this, Katie tells Keith she feels like there is an atmosphere in the house and that people are talking about her.

She feels like they would all prefer if she did leave the house for medical reasons as it would mean better chances for the others. Katie Hopkins walks in and tells Katie Price that she hasn’t been here since the start so she doesn’t need to stay till the end anyway. Katie Hopkins returns to the bathroom and tells Michelle and Calum what she overheard. She says that she is putting a TV show before her health which is wrong.

Keith and Katie reason that some of the Housemates might want Katie to go so they can come fourth instead of fifth. Keith says: ‘If someone is saying that or feeling that, that’s wrong.’ Katy says: ‘I sense it, when really we’ve all made it to the final.’ Katie talks about the possibility of winning and says: ‘I’d never, ever win it but imagine if I did. I’d get absolutely crucified by everyone, wouldn’t I?’

Ironically, in the bedroom Calum, Katie Hopkins and Michelle are talking about Katie Price’s late entry into the house. Michelle says: ‘She came in ten days late and avoided a big chunk of the battle ground, she hasn’t done anything!’ Calum says: ‘I feel so robbed dude.’ Michelle adds: ‘Right, but she does have a legion of fans that have brought her in here to the end, for doing nothing!’ Katie Hopkins says: ‘She didn’t even jump in on someone’s side when someone was being a complete kn*b.’ Michelle adds: ‘If she came top three it would kill Cheggers and I or whoever.’

Katie Hopkins says of Katie Price: ‘She’s used to turning up, being Katie Price then going home and being this person and it turns out this person is just thick, not that funny and obsessed by her boobs still, has her priorities all sorts of wrong places and doesn’t know much English.’

Day 30: Katie H on Perez: “I think he should be kicked out of the House”