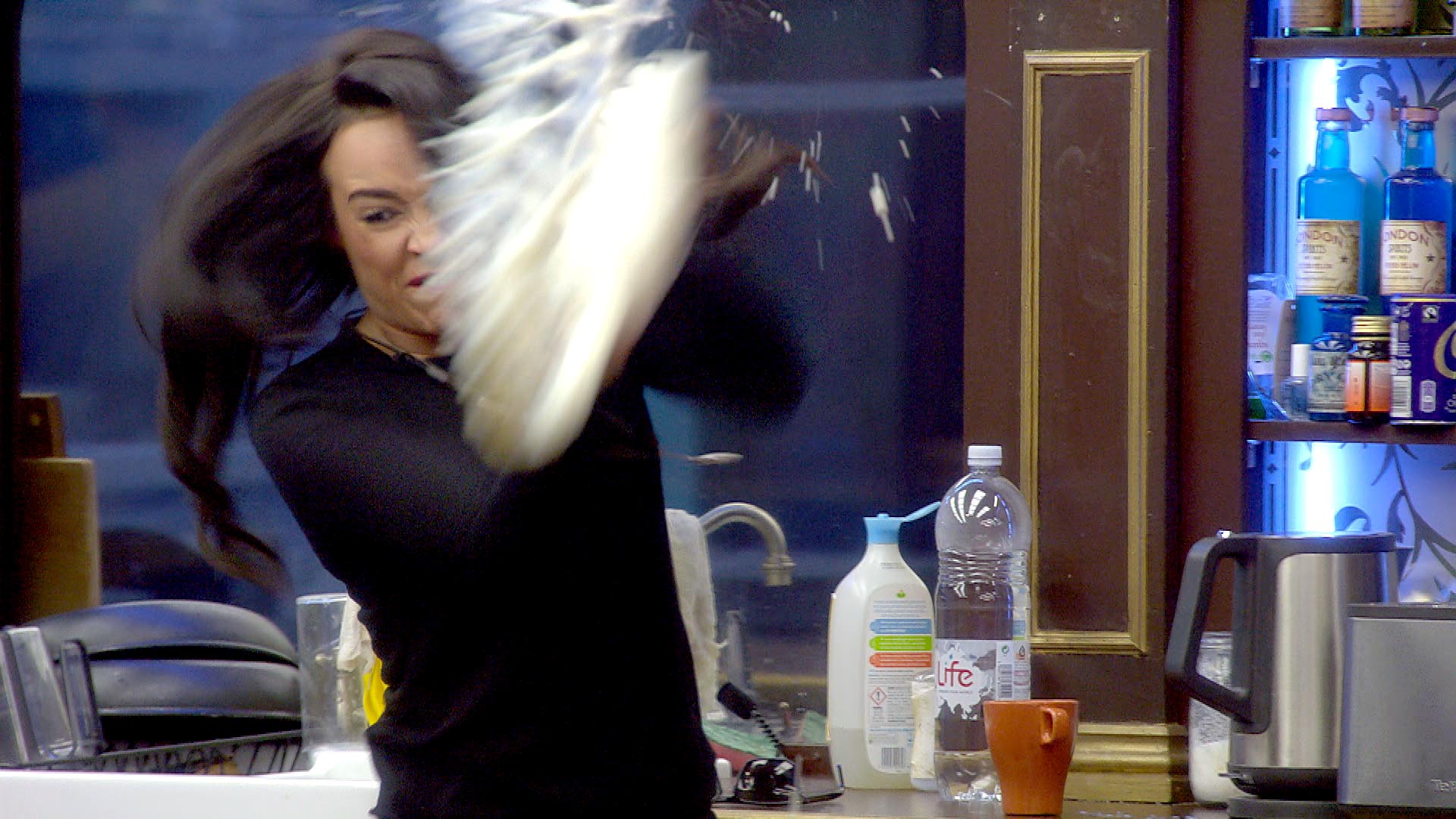 Big Brother calls Scotty T and Stephanie into the diary room for their attention seeker secret mission. They are going head to head to get the most attention.

Stephanie kicks off her mission by leaving a pair of her knickers in the garden, she yells that she is starting to get ‘p*ssed off’ as everyone has something to say about her knickers. She continues her secret attention seeker mission by throwing milk across the kitchen. John is shocked to witness this.

Scotty T decides to jump in the pool whilst Stephanie is pretending to be angry in the garden. Housemates aren’t happy with Stephanie’s behaviour.

In the diary room, Stephanie tells Big Brother that she won’t be beaten, “That felt good! I did the whole milk as they will be p*ssed off that there will be no milk. I also used the knicker situation!”

In the bedroom, Scotty T puts on a pair of Stephanie’s knickers, and starts parading around the garden. Some of the housemates laugh.

Stephanie continues her secret task by getting upset and pretending that she has just received a warning from Big Brother. In the garden, Scotty T tells Stephanie what she did for the secret task was class; she comments that the housemates are fuming.

In the bedroom, an annoyed John tells Tiffany that ‘he is done and checked out’ and is not impressed with Stephanie’s behaviour.

Tiffany confirms to Stephanie that John is ‘p*ssed’ off with her behaviour. In the diary room, an unhappy John tells Big Brother that he doesn’t want to take part in anything in the house today, “I am done. Count me out. I’m over it.”

Big Brother gathers all the housemates in the living area to reveal Scotty T and Stephanie’s secret task. John refuses to join in and stays in the bedroom.

Stephanie apologies for her behaviour during her secret task, “I knew it would create the best scene!” Her housemates decide that Stephanie won the task, and the housemates are treated to a burger and a pint. In the bedroom, John tells Tiffany that he doesn’t care it was a task, “You don’t see me laughing, I don’t think it’s funny.”

In the kitchen, Darren is talking about Stephanie, “What an actress she is! She is a force to be reckoned with. She totally had me!” Following her secret task, Stephanie asks John if they can forget about things and have a fun few last days. He tells her he’s ‘good’ and that she did what she had to do. He promises her they will not fall out.

Day 31: Vanessa Feltz returns to the House for conference task