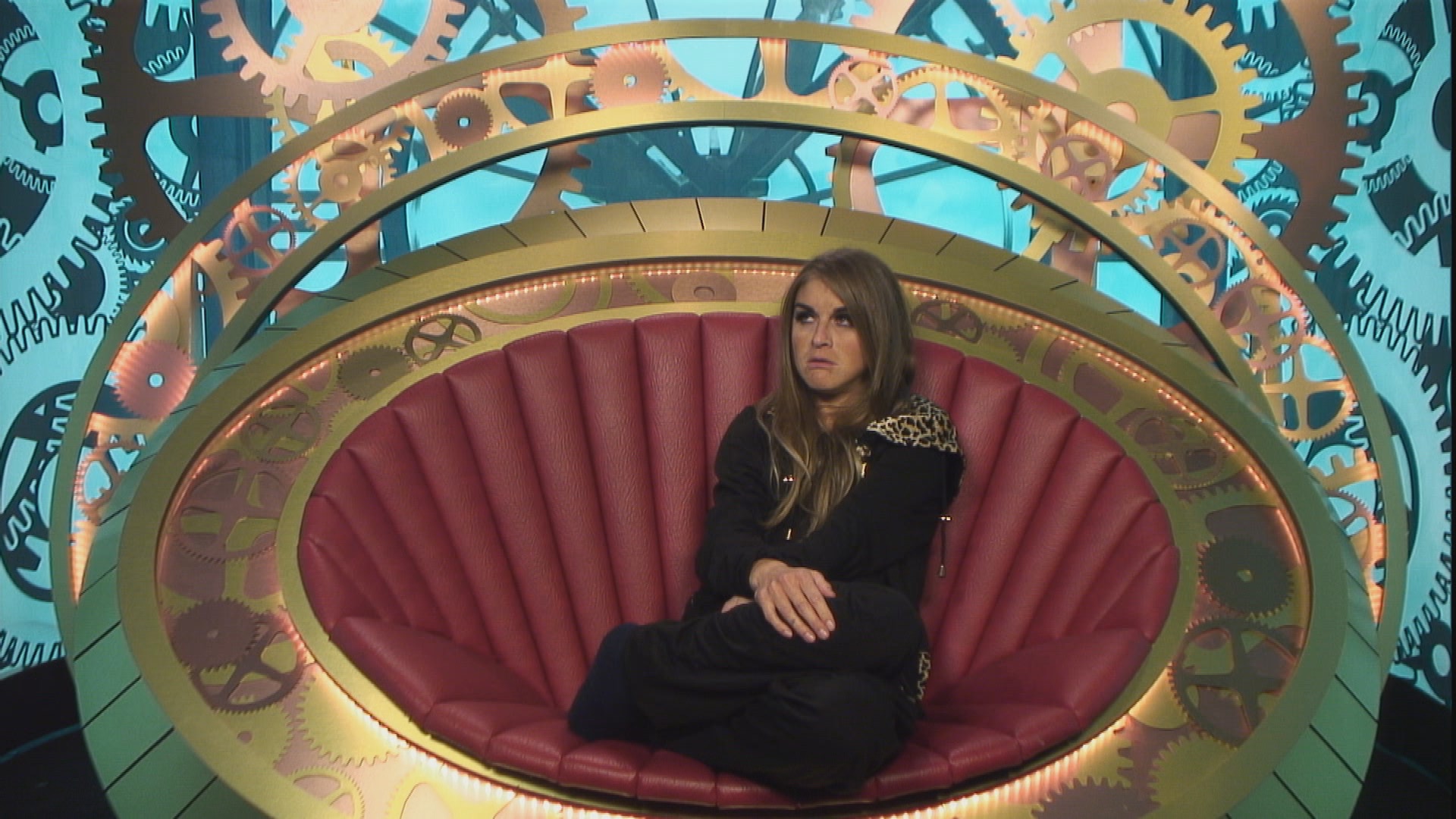 Day 33: Brian, Helen and Nikki spend their first night in the bunker

Our legendary Housemates have spent their first night in the bunker…

· Harry is naked in the outside shower; Brian is watching in the bunker and cannot believe it.

· Nikki is demanding a few questions from Marc, he says can we talk in a few minutes, she says “no as Helen will be back and I won’t be able to fit a word in!”

· Helen is in the diary room “I am absolutely over the moon that Marc is in the room with us, he is going to watch everything they are saying. He is like a rolo, soft chocolate on the inside and hard chocolate on the outside, I wouldn’t want to get on the wrong side of him but I don’t think I ever would as I get where he is at”

· The housemates are in the bunker, Nikki complains “Why do we have to have this offensive light on!” They watch as Sam comments to Harry that she is glad Marc has gone. Nikki remarks “She is now trying to make her nest” Brian says she has no place in this group so she is trying to find a way in”

Marc asks for more alcohol from Big Brother “If you want to see me and Helen have sex you will give us some more booze” Helen agrees “I will second what Marc is saying.” Marc says “I love Helen.” Brian and Nikki speculate that Helen and Marc will end up having sex.

· Marc goes to the Diary Room. “I can’t believe I am here I feel so happy! I can’t believe the UK public like me, the reception I got was unbelievable.”

· Helen is watching the monitor and says “He has been gone over an hour and they are still chatting s**t, that is how much power he has.”

· Nikki is making herself at home in the diary room “I just want to be in the main house. I am bored in there all Helen and Marc want to do is dissect each other’s bodies they aren’t interested in me and Brian, Helen talks over everyone. I am exhausted”. She whines “I want to go in the main house now Jack is really grating on me and I need to tell him he hasn’t got a chance of winning, I am desperate to tell him he is so cock sure of himself he thinks he rules the roost and all he does is moan and bitch and sloth around. Nick sloths around an awful lot but there is something about him, I have some strange crush on Nick.”

· Marc and Helen are wide awake in the bunker. Nikki is in bed and cries “turn of the lights” Helen responds “Nikki you better not be some dried up fart, f**k off home” Helen and Marc go to brush their teeth. Nikki sits up in bed and says to Brian “I f*cking hate her, who the f**k does she think she is, what is her f***ing problem! I am totally beyonce and she is the backing dancer”