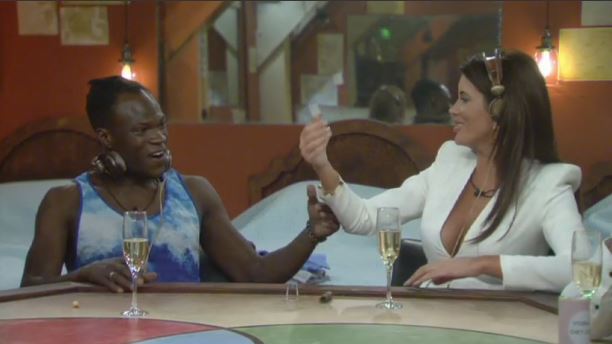 One thing that has become clear since Harry Amelia entered the Big Brother House is that she finds it rather hard to keep her clothes on, Timewarp Housemate Brian got an eye full and his reaction was priceless.

While Brian and Helen were having a conversation about being real, Harry Amelia began to strip off.

Marc was first to notice and we don’t think he was impressed.

Poor Brian seemingly scarred upon noticing said “She’s got her beaver out, clitasaurous”

Tune into Big Brother: Timebomb tonight at 10pm on Channel 5