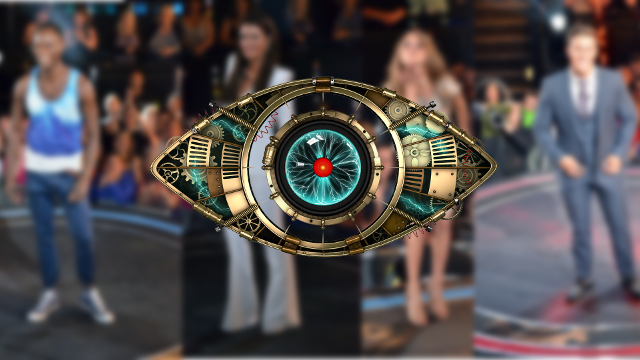 After spending two days in Borehamwood and attending both Big Brother and Big Brother’s Bit on the Side, I look back at the brilliant experience being involved in Timebomb was…

Thursday 11th June – Big Brother’s Bit on the Side
The first part of my Big Brother visit was to be in the audience for spin-off, Big Brother’s Bit on the Side. Having almost missed the 5pm audience call due to traffic, I managed to get in line for the show just in time. Being back at Elstree after almost two years was fantastic and the atmosphere in the line was great. Eventually we were greeted by the team and we went ahead to await the entry to the studio.

Everyone who attended BOTS was very excited and up for a debate. Before the show we were all debating about Nick and Harry’s “romance”, Marc’s antics in the House and of course the possibility of who could be entering on Friday night. Soon enough, the call to enter the studio came and we were all lead to the Bit on the Side set which I personally think looks much better in person than it comes across on TV.

We were all placed in our spots for the show and were briefed about what to do in certain spaces, and soon enough Aaron, Sarah, Luke Marsden and the other guest (who I’ve forgotten the name of) took their seats on the panel. Aaron and Sarah were both lovely and genuinely nice people and it was a pleasure to meet them. Finally, the man himself, Mr Rylan Clark, walked onto set to a great round of applause and a cheer. Unfortunately, he was suffering from hay fever which you probably saw on the episode. As soon as Rylan appeared the recording started!

Being able to look behind the scenes at what goes on during Bit on the Side was interesting. Seeing the fast prop changes and how everything is pieced together was a great way to get a real feel of the show. You’ll be pleased to know that even though the show is pre-recorded, everything you saw was exactly how it happened during the recording. The whole experience came to an end at 8pm and we left the studios after waving our goodbyes to the panel and Rylan.

Friday 12th June – Timewarp Eviction
The main event came pretty quickly and before I knew it, I was back at Elstree Studios in line for the live show of Big Brother! Having guest list tickets to the show meant I didn’t have to line up for that long. At around 7pm we were moved forward in line through security checks to wait to go into the arena for the show. The gates for the arena opened up soon after and we made our way into the arena, being led right onto the floor and next to the catwalk. I had the perfect view standing right at the bottom of the stairs next to the satellite stage.

After standing for 15 minutes or so we were greeted by the warm up man, Finn. He introduced Emma who came out of the eye and had a chat to the audience about who could be going into the House tonight. Suggestions being shouted out included ex-Housemates such as Josie from BB11, Nadia and Victor from BB5, Gina from BB14 and Craig from BB1.

We were all invited to play some “Games” –  but really it was just some of the audience getting up singing and dancing to win a tshirt or a signed cue card. It was enough to get the crowd warmed up though and before we knew it, we were all up and about jumping to Rihanna’s We Found Love. Even Emma was bouncing up and down the catwalk in excitement. Before the show, I managed to take a sneak look at the set itself and I say this all the time, but in person it looks much better than on TV. The eye stage is very impressive as is the catwalk – which is actually a bit longer than I thought it would be. The house itself however looks a bit rundown, with the patches of metal still there from years before.

9pm came around and the show started, and we were all as excited to get on with it as Emma. We listened as Emma read out the voting lines before the first bit of House reality played out on the screen. The audience reacted to the footage as you expected, but there’s just something exciting about watching Big Brother with hundreds of other fans.

In the final part of reality from the House, Emma cut across the sound to talk. She asked us all to try and boo all the Housemates when talking to the House, to make the eviction as realistic as possible. If there was a sign of a Housemate being liked and that Housemate got evicted, there could be a sign that something isn’t right – so we were all nodding and were excited to get involved as she started to talk to the House. As expected, we all booed the Housemates to try and avoid any suspicion of a fake eviction. As you know, Marc was evicted. Marc walked out to boo’s but as the doors closed and the secret revealed they were soon changed to cheers and we watched as he re-entered the bunker.

Now was the best part of the show, as it was time for the ex-Housemates to enter the House. First up was Brian Belo who received a brilliant response as the crowd cheered his entrance, and he was just as funny as his first stint in the House. We happily chanted Brian’s name, clearly a popular choice with the audience. Then, the time had come.. Helen was back.

Helen’s VT was greeted by an overwhelming booing noise, which increased as she walked out of the eye down the stage to meet Emma. Helen wasn’t holding back and happily ignored the audience, even swearing at one of the audience members next to us! Before we knew it, they were both into the House. In the final break before Nikki entered the House, we were chanting her infamous “Who is she?!” line, with Emma joining in.

As we returned to the show, it was time for Nikki to enter the House. As Nikki’s VT played, we were chanting her name and as she walked down the catwalk the cheers increased again as the Big Brother legend met Emma for her quick interview.

Overall, the evening was fantastic and I’d highly recommend anybody to join in with the eviction crowd!