It really isn’t the greatest start to the week, but our housemates are not too happy with the stern consequences that Big Brother has given them for tampering with house fixtures. 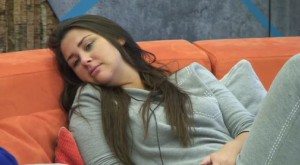 “Just my moisturiser” she replies

Joel who initiated last night’s rebellion doesn’t seem too fazed about the punishment, in fact he seems more amused by it than anything.

Jack clearly annoyed by the situation points out “Joel didn’t even do anything!”

Unfortunately for Big Brother, the housemates are speculating about taking the rebellion even further. We can only hope for our housemates sake this does not happen….as we’ve seen in past series, messing with Big Brother really is not an option.