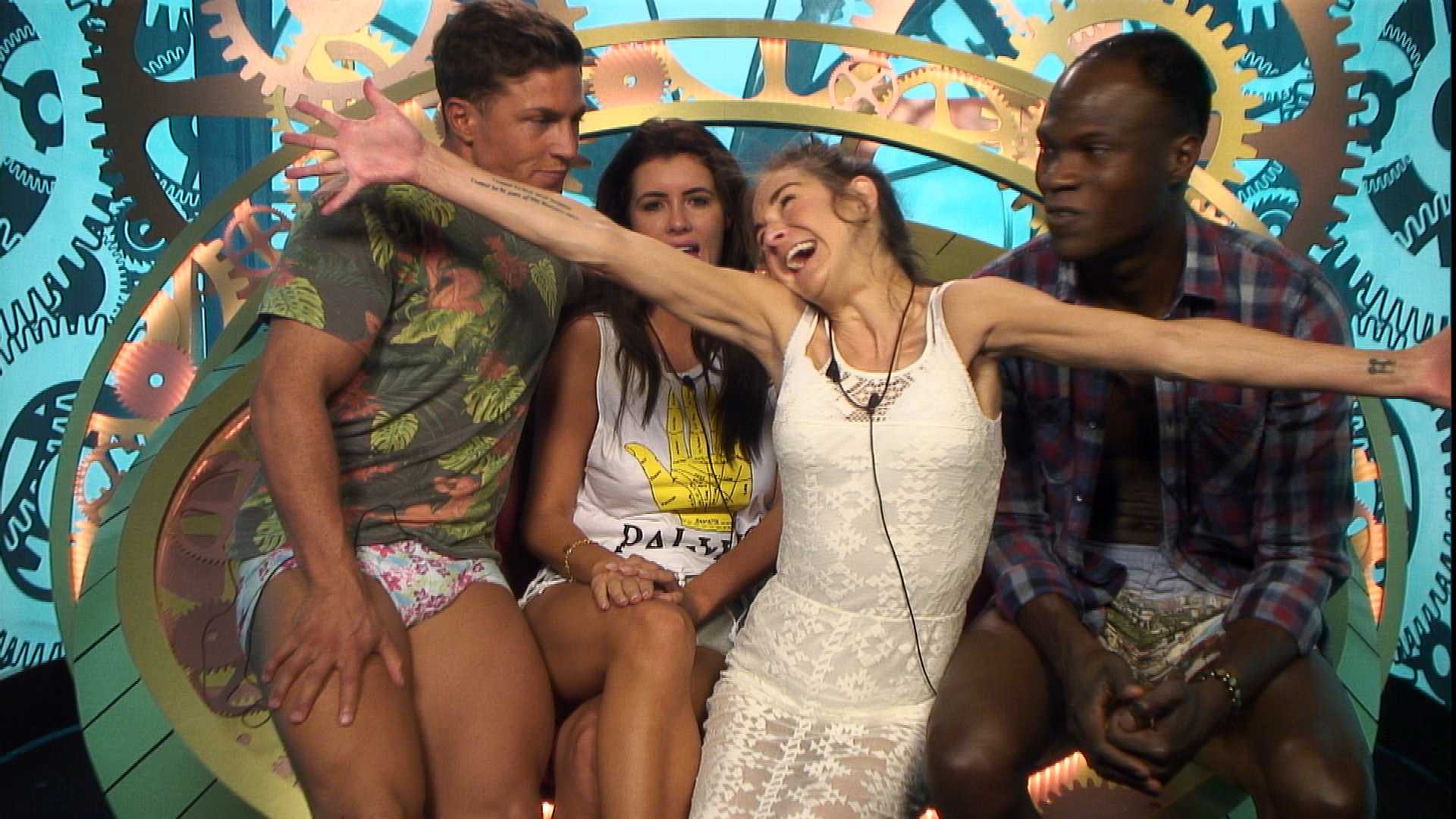 The Housemates are gathered in the sofas and told the questions they will be asked are from viewers. Cristian asks Jade her first question “Models don’t walk on their toes. Why are you doing this?” Jade looks cross and replies that it is down to training. Marc looks on from the bunker laughing and says “You are lying no it isn’t”

Simon asks Joel “how do you feel about Harry using Nick?” Joel replies “Harry you have made it clear you are here to make money and it is arguable that you spend time with Nick in your bed as a chance to do that” Harry responds that she isn’t using him and that it goes against her job to be seen in a relationship.

Sam asks Jade a question. “Are you jealous that Harry has taken Nick away from you?” Jade says “no I am absolutely not jealous and I have still got my relationship with Nick and that has not been taken away from me.”

Cristian asks Jack “What would your message be to your adoring fans?” Jack is really happy with the question and said it has put a great smile on my face. The Time Warp Housemates all laugh in the bunker.

Harry is asked “How do you think your boyfriend would feel about you and Nick?” she says “for a start I don’t have a boyfriend Nick is very good in me here as I have trouble sleeping he calms me down” Helen comments “What is he a f***ing teddy!”

Jack asks Nick “how would your parents feel about you being a bed hopper?” he responds “Probably quite disappointed if that’s what it looks like on the outside. It is going to change” Helen says it is getting to him.

The Time Warp Housemates choose Harry, Sam and Nick to get a further grilling in the Diary Room. Nick is asked if he feels Harry’s relationship status has changed a few times “yes she originally came in with a wife which is quite confusing when she elaborates she says she isn’t with the guy any longer” Sam is asked “if you had to evict someone from the House who would you choose and why?” Sam replies “I feel like Simon wants to be more involved but there is a part of me that thinks he would be more at home with his partner.” Harry is asked the same question and says Simon.

Big Brother continues at 9pm tonight with a live special, where the timewarp Housemates will enter the main House.