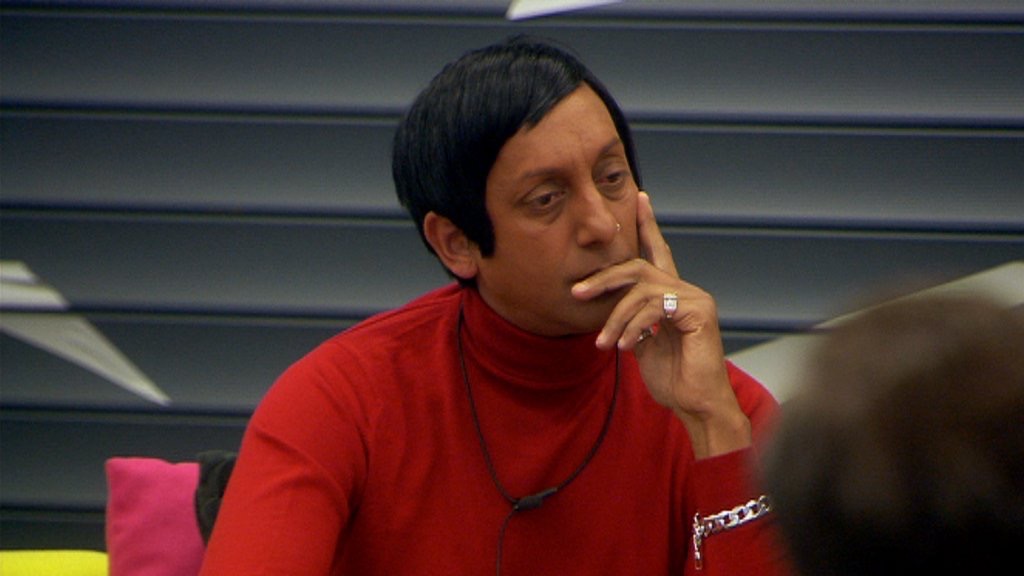 Take a look at what happens during tonight’s highlights show..

Its Annihilation week, housemates must decide as a group which housemate they would like to evict.
Big Brother has gathered the housemates on the sofa to deliver a cruel twist.This week housemates numbers will be decimated

Housemates start to speculate, ‘no ones safe’. Lateysha and Laura liken Annihilation week to ‘The Hunger Games’
Andy is talking to Big Brother in the diary room; “The house is feeling pretty nervous. People are thinking something is going to happen…people have butterflies in their tummies. The pressures on!”
Housemates continue to speculate, Jason comments; “We don’t know if it’s daily. All we do know is it’s against each other and not to do with the public.”
In the garden, Hughie comments that Andy sometimes causes arguments, Andy listens on from the living area
In the living area, Andy asks Hughie why he was talking about him; “Do you still think I’m a liar?” Hughie replies; “No I don’t think you’re a liar generally, but you did tell a lie.” Andy reveals that it did bother him that Hughie thought he was a liar
In the smoking area, Alex reveals to Evelyn that he didn’t hear all of her conversation with Laura, however Lateysha has since told him everything. Evelyn squirms; “I’m embarrassed enough as it is!”
Big Brother gathers the housemates on the sofas to reveal that Chelsea discussed nominations with Jackson. As punishment, Chelsea is sent to jail
Hughie is in the Diary room, he believes it was only fair that Chelsea has been punished for breaking the rules