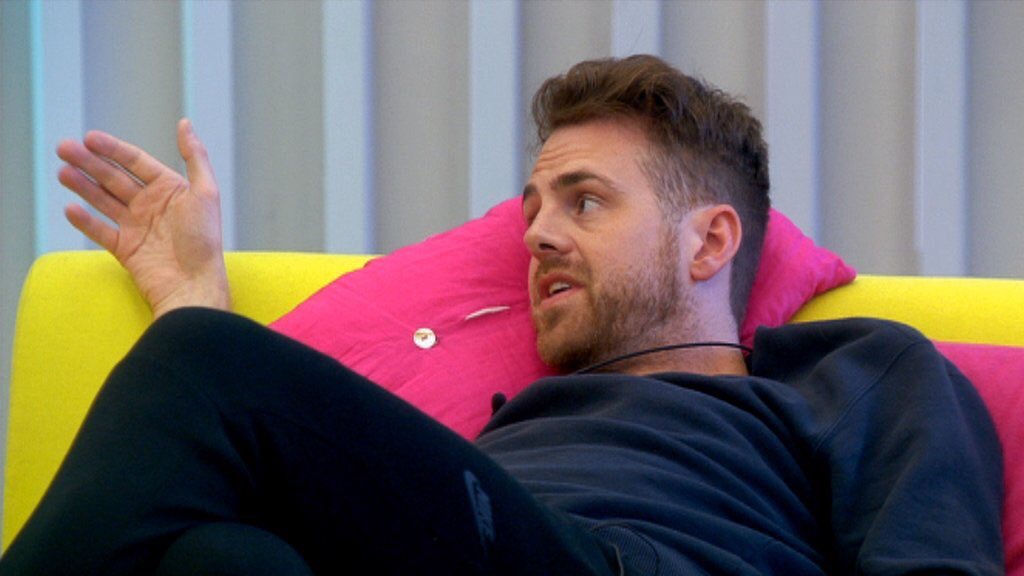 Andy has been granted immunity from being evicted during Annihilation week

During tonight’s show, The housemates split themselves into two teams, they must deliberate in their groups which housemate from the other group they would like to target

· Big Brother gathers housemates in the deliberation room, and reveals to the house that they must now give immunity to one of the two targeted housemates.

· Andy and Jayne tensely watch on from the sofas

· Housemates deliberate, and decide to give Andy immunity for the rest of the week. Andy gets upset. Jayne tells him; “It’s fine, you deserve it!”

· In the smoking area, Jackson reveals to Jason that he doesn’t trust Evelyn and Laura in the house

· In the pod, Hughie is clearing the air with Andy; “I genuinely want to move on and we can try again. I’m happy you are getting immunity. Andy asks if they can be mates, the pair hug

· In bed, Ryan reveals to Hughie that he ‘thinks highly of him even if he does boss him about’

· Jason divulges to Andy; “It would be beneficial to Jayne to have immunity, then you would be back to square one and I would be against you, and stand more chance. I would be playing a game…” Andy tells him; “I want you to recognise that I know you’ve been there for me since day one.”

· Andy is talking to Big Brother about immunity; “It’s a huge relief! I’ve never been afraid of saying things that other people don’t like. I feel like the dynamic around me in the house is changing…I can be seen as a force to be reckoned with.”

Day 36: Alex branded as the most forgettable Housemate