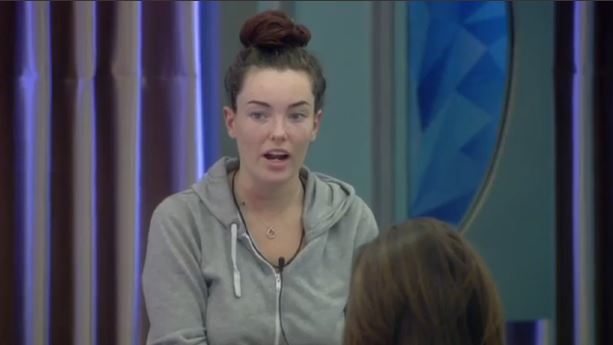 “There was never going to be a relationship between you two (Harry and Nick) , so what was the point with what was going on?” Helen queeried.

“From an outsiders point of view, he looks like this little love sick puppy” Helen continued.

Harry agreed “Yeah Nick has said to me, that it looks like he likes me more than I like him, but like I said I ain’t going to turn around on a camera and say, ‘I really care about this person’.

Harry then went on to talk about how she wishes to speak to Nick after Big Brother has finished and say what she has to say to him in private.

Helen asks the question on everyone’s lips “Are you married to a woman?”

“No I call her my wife, we are like joined at the hips” Harry cleared up.

“I know I’ve been here only two days, and I probably should have talked to you before now, but um, everything I did say I was just going off by what I’d seen, I’ve only gone off observation and he does look this vulnerable lad, I’ll be honest with you it looks like you’re leading him up a garden path, and basically you’ve said to me that you don’t want to reveal too much in here” Helen stated.

“If you do stay on Friday, wouldn’t it be better if you kind of didn’t lay around together as much, and then see what happens when you get out” Helen added.

Catch all of this on Big Brother: Timebomb tomorrow.