Helen reveals to her housemates that she has been struck by lightning and survived! Find out more…

In a conversation with her housemates about interesting facts about themselves Helen unveiled some rather interesting things.

“I can swallow a pen and regurgitate it” she told Marc.

However, Helen had a sense of realisation “I’ve been struck by lightning!”.

“About a month ago” she replied. 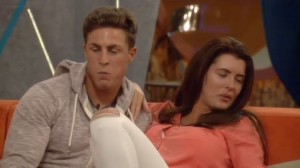 “I was walking my dog and I had my earmuffs on” she continued.

Helen wearing welly’s on her feet apparently what saved Helen according to Joel.

So Helen Wood could have died? Joel questioned. 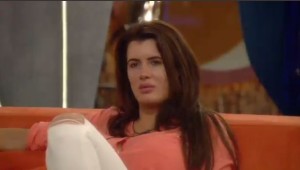 “Yeah! It touched me on the head” Helen said.

Marc doesn’t seem too convinced “I love you to death but how do you know you were struck by lightning?”.