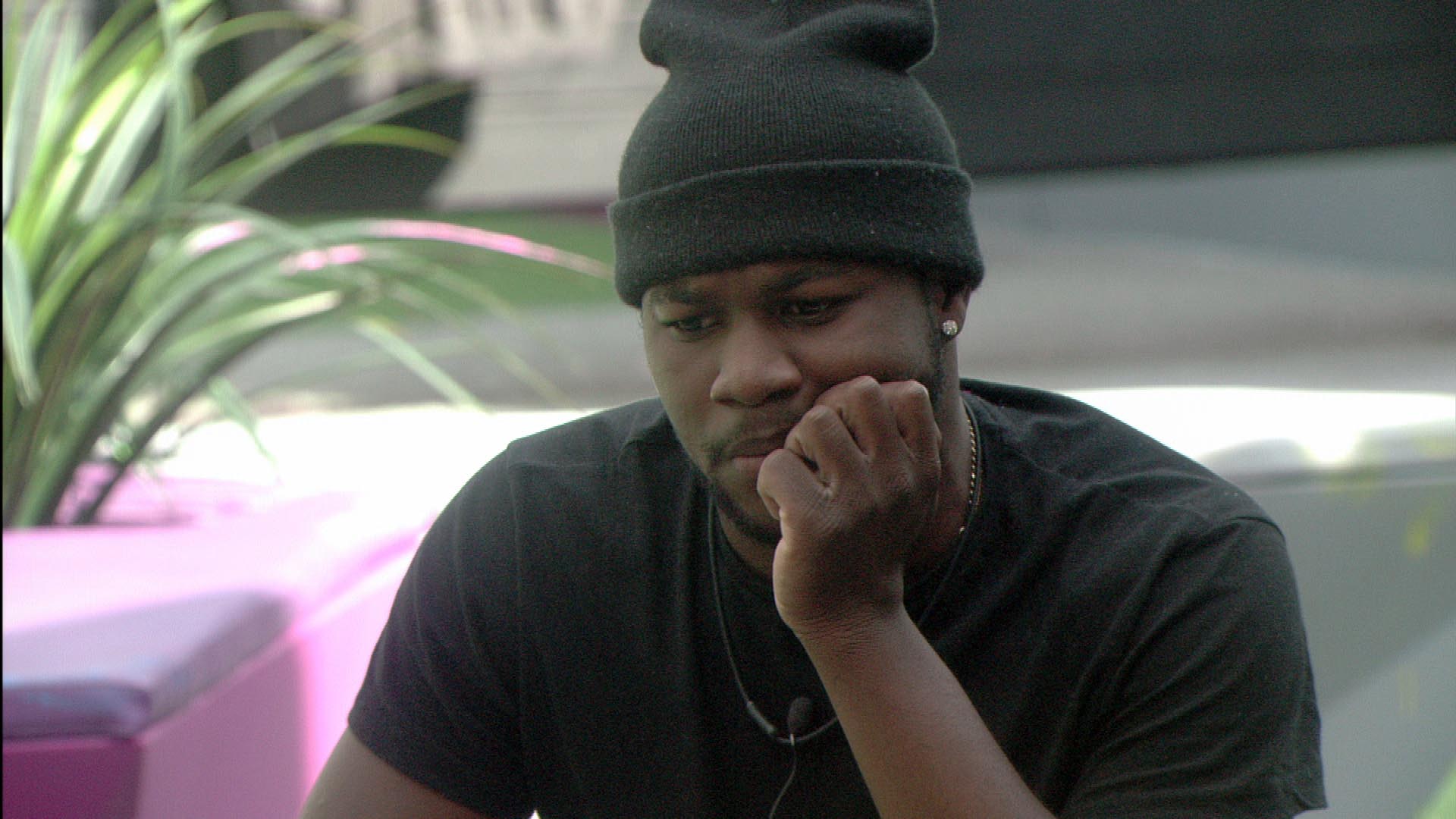 Marlon apologised to the House yesterday, after taking immunity in the second part of the Battery Life task

On tonight’s show, we see the aftermath of Marlon’s decision to take the immunity which was on offer during the Battery Life task. Marlon took the immunity and therefore failed the shopping task.

Yesterday, Marlon confided in Jale – saying that the current situation is hard and that he wasn’t looking at the bigger picture when he saved himself from eviction. He goes on to say that he realises it was “selfish” and “genuinely didn’t think I’d get that reaction when I pressed the button”. Jale explains that it will be a “hard thing to turnaround”

Later on, Marlon apologies to the Housemates in the garden and says that it was “selfish” to save himself. He goes on to say that he doesn’t expect friendships to be the same but doesn’t want to ruin everyone’s experience. Helen admits that speaking to the group “takes some balls” and Mark remarks that it was “very brave”

Following his apology, Marlon sits alone in the living room and is joined by Danielle and Ashleigh. Ashleigh tells him that it was really brave to speak to the House and notes that “decisions in this House rarely ever just affect you, there’s always a knock on effect on somebody else…you’ve sold me out that fu*king door!”

Later in the evening, Marlon tells Big Brother that he thinks he let his friends down and goes on to say that he wishes he was facing public eviction and if he could change things, he wouldn’t have pressed the button. He adds, “We have to live here together and I just made it harder for everyone to get along…I’m big enough and ugly enough to deal with my actions”