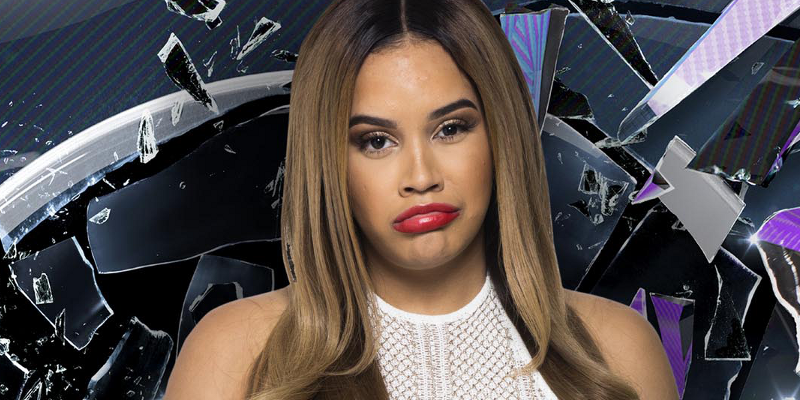 Lateysha has become the sixth person to be evicted from the House.

Yesterday, Big Brother gathered the Housemates back in the deliberation room ahead of the next annihilation task.

Once all of the Housemates had been gathered, they were all instructed to stand behind a podium with a red button. Big Brother then explained the task. The Housemates would be offered £20,000 of this year’s prize fund – but at a cost.

If any of the Housemates decided to take the £20,000 they would reduce the winners prize fund and they would also have to make a big decision. They would have to evict a Housemate from the Big Brother House.

With the offer of money too tempting, Jason pressed the button taking the money and then was told to evict a Housemate. They decided to evict Lateysha.

Lateysha will appear on Big Brother’s Bit on the Side later. Annihilation continues tomorrow night.