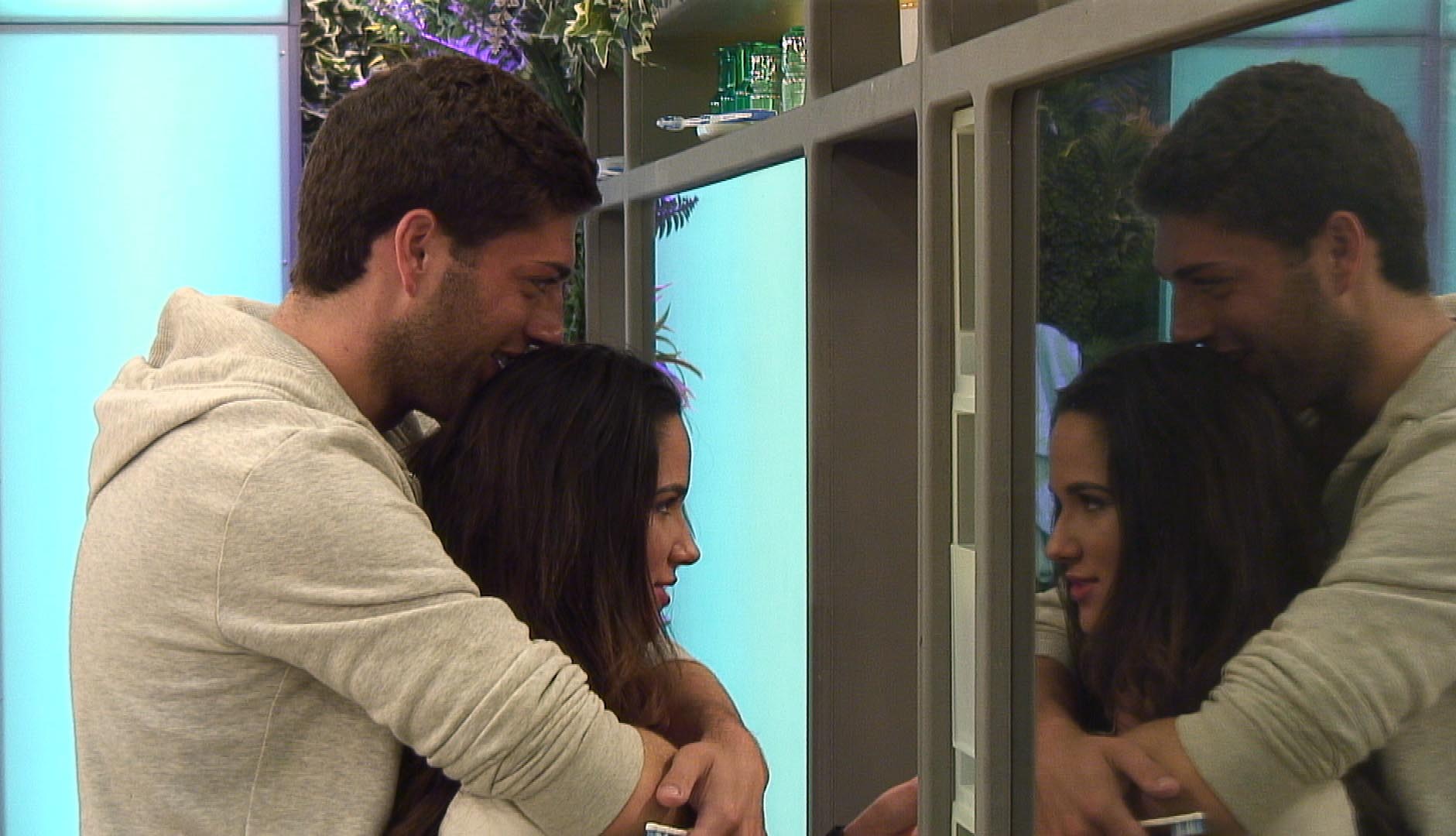 This week has seen things between Steven and Kimberly move up a notch, with them eventually coming together and Kimberly admitting to Steven that she does actually have a boyfriend on the outside world.  She told him that it was over, and there was nothing there.

However, on tonight’s show it is revealed that Kimberly still has a picture of her ex-boyfriend in the House. Steven demands to see the photo and the couple eventually end up arguing.

“So you tell me that you’re in a relationship, that you’re on a break, why would you bring these in?” asks Steven.

“Why wouldn’t I? I’m not a spiteful person, he’s my friend. I’ve known him for four years it’s not like ‘oh I hate him’” replies Kimberly.

“Then why are you asking me in such a…”

“I’m not interrogating you; I’ve got a right to ask.”

“Yeah you do but like you keep kind of asking me the same questions and I am answering.”#

“I’m just confused because my idea of going on a break is that you don’t sit there and look at pictures of the person you’re on a break with.” continues Steven.

“You’ve been hiding them a little bit; you should have just been like ‘just to let you know I did bring photos of him in’. If it was me, I wouldn’t have even told me about that, I would have chopped them up and chucked them straight in the bin. That’s just how I would deal with it.”

“I’m sorry I’m not a psycho like that.” replies Kimberly.

“You’ve just showed me a photograph of him. I could cry my eyes out right now here Kim.”
Kimberly: “How do you think I feel?”

The argument continues, with Kimberly threatening to walk from the House.  “Sorry, I’m sorry that I like dragged you into this. It’s clear that I made a mistake and I shouldn’t off dragged you into it.”

“Oh that’s fine you made a mistake and you shouldn’t have dragged me into this. Guess what? Too little too late.”

“And bit by bit I’ve sat there and each and every couple of days something else comes out. Today the photographs came out.”

“Would you just prefer it if I left?”

“No I don’t want you to leave because if you’re going to leave I’m going to leave and that’s it. I told you I’d rather leave together. I’m not going to the disco f*cking fever party that’s for sure, I’m going to bed because I didn’t ask for this shit to happen and I’ve fallen in love with someone who’s continually not telling me the truth and you can’t be honest with me and I don’t like it.”

It was reported earlier that Sasha, Kimberly’s ex-boyfriend could be potentially entering the House, as three new Housemates are set to enter the House next week during Armageddon.