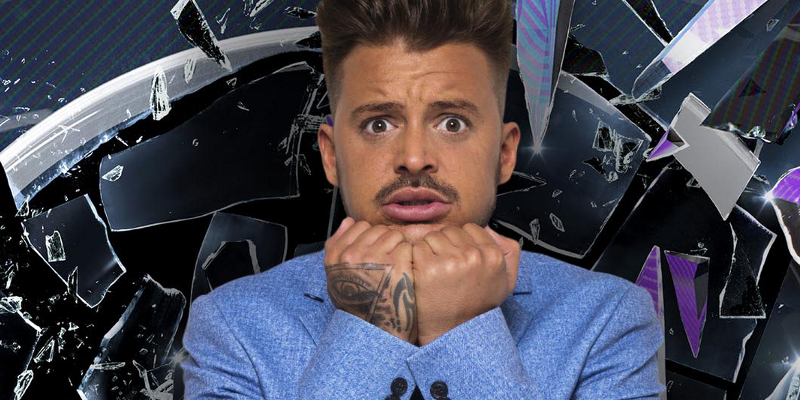 Ryan has become the seventh person to be evicted from the Big Brother House.

Alex, Jayne, Evelyn, Jason, Jackson and Hughie were saved from the eviction. This left Laura, Ryan and Sam to face eviction. It would be up to the other Housemates to decide who was evicted.

With a majority vote, Ryan became the seventh person to be evicted from the Big Brother House. Emma asked Ryan his thoughts about tonight: “I don’t understand why Jason is still in there, what a snake. I have said all day I had a feeling that I was going.”

Emma asked Ryan about the reasons housemates gave to evict him: “I knew Andy would and Evelyn. Jason is a snake in the grass, what have I’ve ever said?”

Ryan’s thoughts on Annihilation week: “It hasn’t been brilliant for me! This week I’ve felt drained. I was just existing.”

Ryan’s thoughts on Jason evicting Lateysha: “She was a firm favourite to win, genuine and entertaining. It came as such a shock. He’s very calculated and competitive.”

Ryan on Hughie: “He is an amazing person and I can’t wait to meet him on the outside world! I do actually like him and do want to go on dates with him; I don’t know what will happen. He best win! Or Sam…”