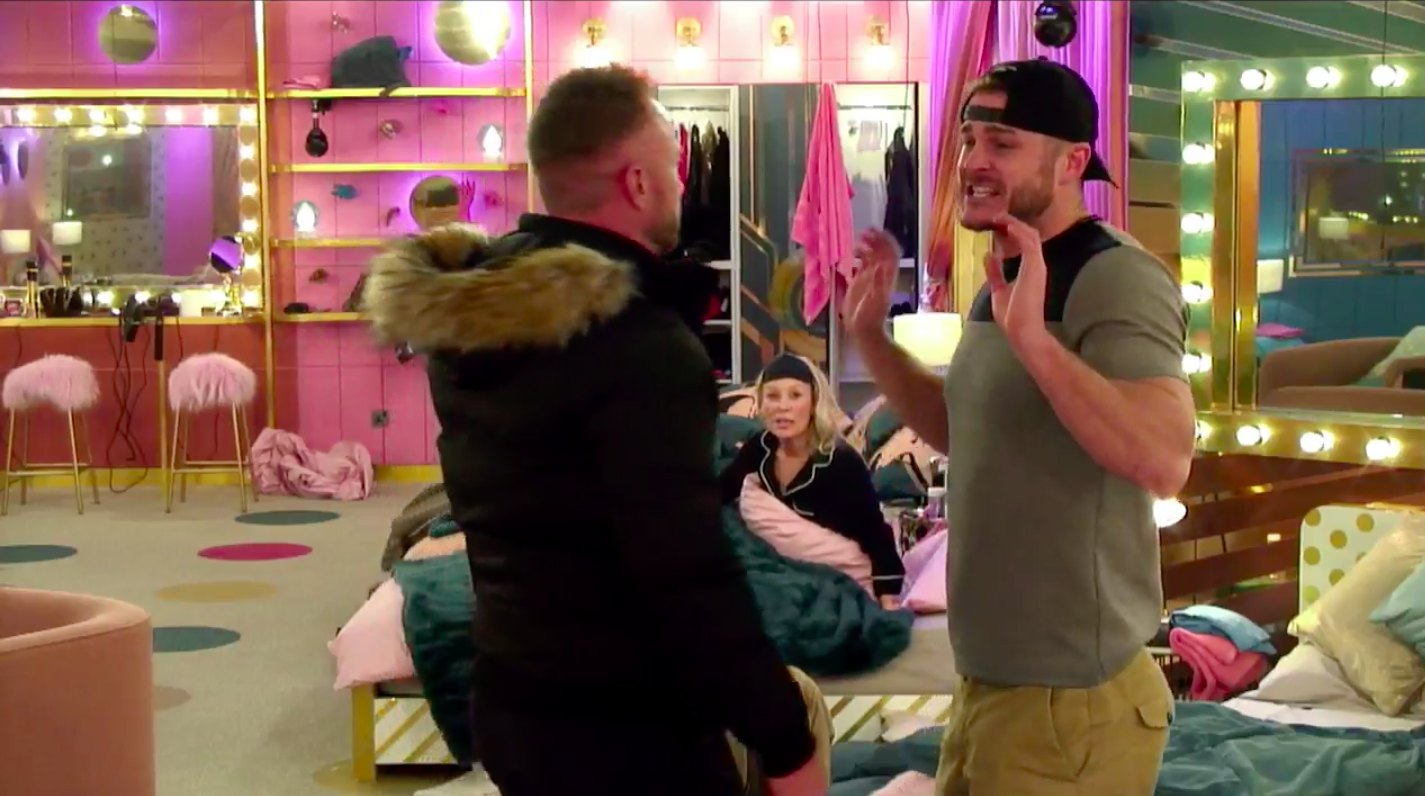 During tonight’s show, Spencer hides bottles of water in his and Heidi’s bed. In the kitchen, Austin is feeling emotional; “I’m just in a really strange place right now. I’m in a new relationship. I really like this dude!”

In the smoking area, James J and Coleen are discussing Spencer hiding water bottles. They ask Bianca and Stacy to go and look for the water that Spencer took. They find the bottles hidden in Speidi’s bed; they then share the bottles out in the bedroom.

Austin looks in Speidi’s bed, Heidi tells him not to. The pair start to argue. He shouts; “You and your husband took all the water!” Heidi calls for Big Brother to tell Austin to get out of her way. Big Brother calls Austin to the diary room to calm down.

Austin attempts to enter the store room to take a bucket, to try and fill it with water before being stopped by James J. Austin eventually enters the Diary Room to talk to Big Brother.

Austin leaves the diary room, Spencer says to him; “Heidi didn’t take any of the water, if you have any issues with water come to me.” He replies; “I went to your bed to get the water! You stole the water!” Spencer adds; “I didn’t know it said Austin’s water, I wouldn’t want to take Austin’s water!”

Bianca suggests to Austin to go outside to the smoking area, some of his housemates tell him ‘not to bite’

Heidi and Spencer are in the diary room; “We’re all playing a game! I’m not in charge of rationing out their water. I wish I had grabbed more water! Bianca is the shadiest little trick in the game. I’m glad this happened!” Heidi adds; “I feel like we’ve been here before, the house against Spiedi.”

In the smoking area, Austin is telling some of his housemates about what happened; “Can we be done now with saying that they’re actually alright?”

Day 3: Edited Out Housemates lose power to nominate this week