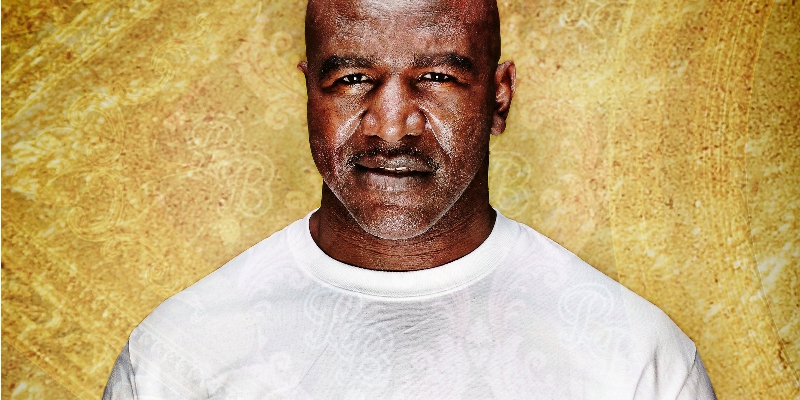 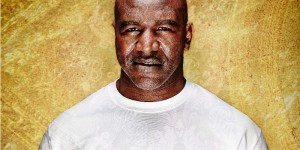 The boxer was warned yesterday after he claimed that being gay could be ‘fixed’ during a conversation with Luisa – who he had been handcuffed too since Launch night.

The duo had been cuffed together since they entered the House on Friday Night as part of the twist. However, Luisa soon became unhappy with the response to her question on if there are any gay people in boxing, leading Evander to reveal his opinions on same-sex relationships.
After Evander said he thinks they “ain’t normal”, Luisa attempted to end the conversation – which had not come to light until it was aired on Channel 5 this evening – but he proceeded to imply that homosexuality could be ‘fixed’.

The transcript below is from bbspy:
Luisa: Is there any gay boxers?

Evander: Yeah, I’m sure there is.

Luisa: Is it public knowledge?

Evander: Ain’t no-one came out and said they were.

Luisa: I think it’s really bad that no-one stands up and says it in the sporting industries. I think it’s good to be open about that because it’s normal.

Evander: What would be good about it? That ain’t normal.

Luisa: That’s just the way some people are.

Evander: No, it don’t make no difference. If you were born and your leg were turned this way, what do you do, you go to the doctor and get it fixed back right.

Luisa: It’s not about being fixed, it’s about… that’s just the way that you are.

Evander: No no no no no, you mean to tell me…

Luisa: I really don’t want to have this conversation.

Luisa: You don’t understand, I don’t think it’s an appropriate conversation to have in this house, honestly.

Evander: All I’m trying to tell you, you know how handicapped people are born, you can’t say because they were born that way…

Evander: Yes it is a choice, come on, that ain’t the way nobody is made.

Luisa: I’m tired. I don’t think people have a choice in their sexuality, or they would be unhappy
Big Brother later called Evander to the Diary Room and told him that what he had said could easily be seen in an offensive way.

“Before you entered the Big Brother house, the rules regarding unacceptable language and behaviour were explained to you. Last night, in a conversation with Luisa, you expressed the view that being gay was not normal and that it could be fixed,” explained Big Brother.

“While Big Brother understands these are the views you hold, they aren’t the views that are held by a large section of society and expressing these views will be extremely offensive to many people. Do you understand why?”

“Yeah I understand why, I forgot about the thing,” Evander answered. “I was just telling her my opinion, but it’s not like I was gonna mention it to anybody else, that was just our conversation.”

“Big Brother does not tolerate the use of offensive language and must therefore warn you to consider very carefully the effect expressing such views may have and the harm and offence you may cause by repeating these views inside the house,” the all-seeing eye continued. “Do you understand, Evander?”