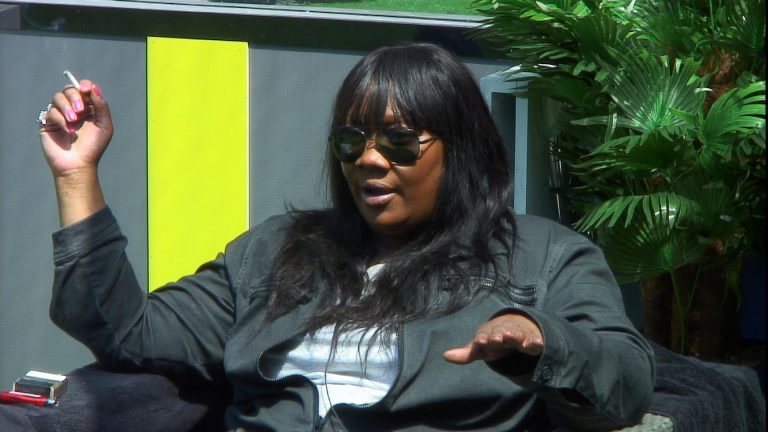 During tonight’s highlights, the house explodes in a row – just three days in.
Lateysha and Sam are in the bedroom commenting on the Housemates bodies.
Lateysha: “Everyone’s bodies are amazing in here.”

Sam: “I look at Alex…and I’m definitely not standing next to him naked. If I was outside and I took my top off, I would feel uncomfortable with myself. Alex has got the perfect body!”

Laura talks to Big Brother about Marco in the Diary Room:

Laura: “I fancy him a little bit more today, but he’s got a fiancé so I won’t be going there…I think we have got a lot of sexual chemistry me and Marco.”

In The Other House, The Others are talking about race.

Jayne: “My mum was abused by a black carer…They said she didn’t do well with black people…My mum would never in a million years be that type of person.”

Natalie: “I just don’t like f^&king weird conversations about black people. It’s pissing me off actually.”

Natalie and Ryan argue in the garden over Jayne’s comments.

Jayne defends her comments: “There is one thing I ain’t, I ain’t a f%^king racist, I’ve got a f$%king black carer and I love her, and she gave me my fucking life back.”

Jayne and Natalie speak: Jayne: “I’m not word playing here…you grab headlines that fine. I have nothing against you you’re a nice bird.”

Natalie: “I’ve got a lot against you…I’m not your friend, piss off.”

Jackson and Georgina get closer:

Jackson: “If I approached you, would you allow me to approach you?” Georgina say’s yes.

Laura and Marco talk. Laura: “You remind me of the ex that I got with after I was supposed to get married. We had the most passionate relationship and we were together all of the time…You just really remind me of him in some way. Every single day was so passionate and so extreme…I think that’s the reason why I left my last relationship because it was just dull and boring.”

Marco then massages Laura after she asks him.

The Others select Georgina, Jackson, Evelyn and Marco to watch in the Diary Room. They then choose to target Jackson, and in turn he nominates Chelsea.

Laura and Marco fondle and kiss in The Pod and the Housemates leave when it gets too steamy:

Marco: “That’s enough for Day 2, you’ll have to carry on watching and we’ll give you a show.”

Day 4: TWO of the others will be heading into the main house tonight

Day 4: Alex and Jackson sent to The Other house