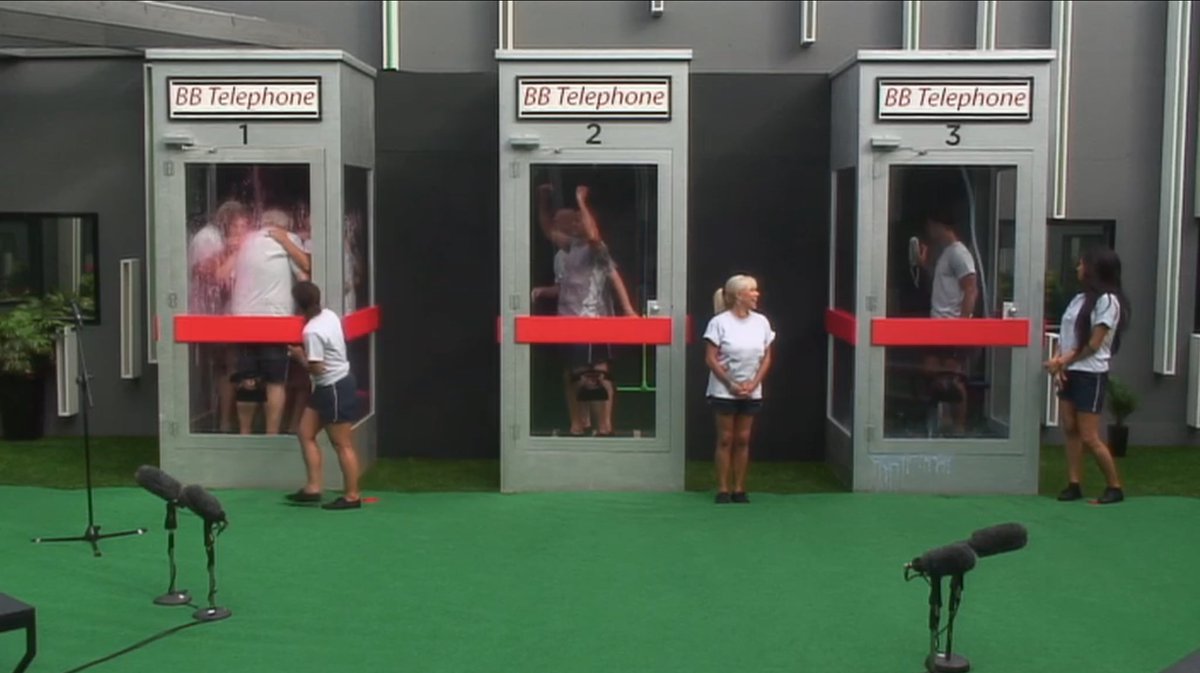 Housemates have revealed interesting facts about themselves during the latest task

During tonight’s show, Big Brother hosts a task in the garden, where interesting facts are revealed about some of the housemates. Housemates must try and guess which fact relates to which housemate by standing in the phone box that they think holds the correct answer. Those who guess incorrectly will be gunged.

The first question is which housemate posed naked with an octopus for a photo shoot. The majority of the housemates picked Biggins and therefore were not gunged. He reveals that this was for a campaign to save fish

The next revelation is which housemate betrayed their friend by sleeping with their cousin, the majority believe it’s Bear, and therefore not gunged as they were right

The next question is which housemate froze their dog’s sperm, Aubrey announces it was her

The final question is which housemate once gave their spouse a hall pass to sleep with other people. The correct answer was Saira, she reveals; “I was on Loose Women, we were talking about sex. I said ‘I’ve even said to my husband ‘if you want it elsewhere just go for it’ O M G! But I would like to tell everybody that I am now having good sex!”