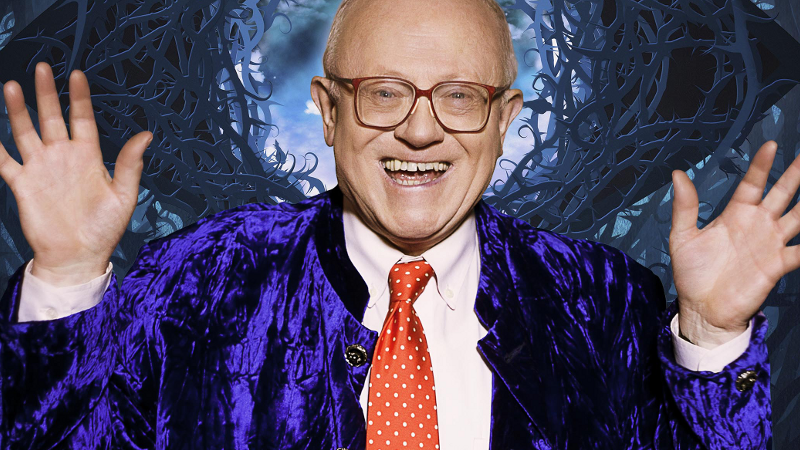 Last night, things in the House hotted up following the first round of nominations. Big Brother announced that Housemates would be nominating face to face, and the results revealed that Ken would join Alexander and Chloe in facing the public vote.

The Housemates reasons for nominating Ken were almost identical saying that he wanted to go home. Following the nominations, the Housemates split to talk to each other. While in the living area with Alexander, Ken used an offensive word, which resulted in Big Brother intervening and giving him a formal warning.

It started on Friday morning after the Housemates woke up. “I don’t actually want to have a shower, but I do realise it’s the best place to look at other women’s a***s, so I’ll just wander over” remarked Ken as he left the kitchen to enter the bathroom.

Nadia was the first Housemate to react to his comments, saying: “It’s not acceptable behaviour. He’s a very intelligent man, he’s working with people of all ages all the time. He’s not a 70-year-old guy that’s been living a sheltered life.”

After Ken said he smelled burning, Alexander joked: “Well you’d better get used to that where you going.”

Alexander took offence, explaining: “Hey Ken, if you ever get in the company of another black man, don’t use n***o, say black, just black. We don’t do the n***o thing.”

Ken replied that he found the word ‘black’ “just as offensive”, and pointed out: “But n***o’s Spanish for black isn’t it? N***o is black.”

Ken upset more Housemates following the incident with Jeremy and Chloe, and once she had calmed down Ken approached her in the kitchen and said: “You know that Jeremy is a Jewish film producer? So don’t fuck yourself completely with him.”

“Honestly, I don’t care if he was the Pope, I don’t feel comfortable,” chided Chloe. “I’m not gonna keep him happy. That’s not me.”

“He’s a silly nasty old man who is very very angry about what people have said to him today. He’s trying to wind you up and get you upset and turn the knife. Ignore him.” added Nadia

However, Ken’s most explosive moment of the day came as he was getting ready for bed, when he asked Michelle: “Can I ask you a personal question? Do you think you could have a really violent fuck with Calum?”

The RuPaul’s Drag Race judge took it well, smiling: “Are you talking about me? I would fuck the shit out of him if I wasn’t married. You’re lucky it’s me, don’t say that to anybody else Ken.”

But Perez was listening from the nearby toilet, and having been cordial to Ken all day, he finally snapped: “I’ll say it for all the other women watching, you’re a f***ing pig, a f***ing pig.

“You had fans prior to coming in to his house, and now you’ve shown yourself to be a disgusting, misogynistic, homophobic pig.”

The next morning, Ken was called to the Diary Room where Big Brother issued him with a formal warning: “Ken, before you entered the house, the rules regarding unacceptable language and behaviour were explained to you,” Big Brother recited. “Yesterday, in a conversation with Alexander, you used language that was wholly unacceptable and offensive.

“As a result, Big Brother is giving you a formal warning. If you use this kind of language again, Big Brother may have no choice but to remove you from the house. Do you understand?”

A solemn Ken said only: “Yes.”

“Big Brother would also like to speak to you regarding other offensive comments and behaviour directed towards some of the women in the house,” the all-seeing eye continued, before repeating some examples. “Ken, Big Brother has warned you in the strongest possible terms and expects your behaviour to change.”

Huge thanks to bbspy for the quotes from the episode. Check out their original article here: http://www.bbspy.co.uk/cbb15/news/0111/celebrity-big-brother-2015-gives-ken-morley-formal-warning-racist-terms-sexual-comments-cami-li-michelle-visage#ixzz3OWlUxCsy

Day 4: TASK: Once Upon A Headline