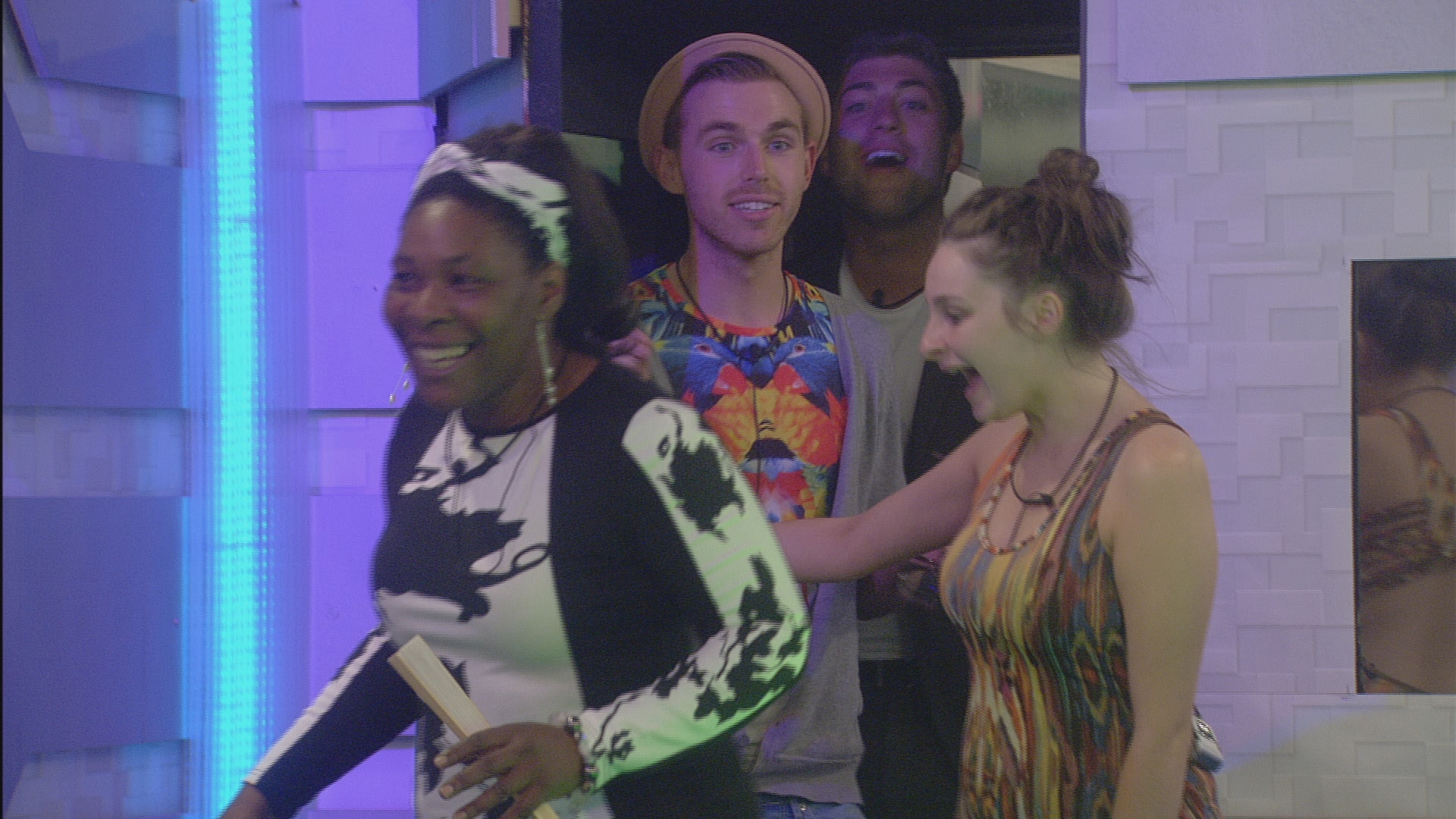 Day 4: Pauline rewards half the House with suitcases

Following yesterdays Power Pad task, half of the House now has their suitcases

Yesterday morning, Big Brother called power Housemate, Pauline, to the Diary Room. Big Brother then explained to her that she would be in the position to invite a select few Housemates to dinner and to a party in an exclusive room called “The Power Pad”

All the Housemates that entered the Power Pad would also get their suitcase.

HIT 1 – Power Lunch
PAULINE was told that she and three of her fellow Housemates could have a slap up lunch. She chose MARK, HELEN and DANIELLE.

HIT 2 – Power Party
In the evening, Big Brother throws a party for Pauline. She may invite four people that included CHRISTOPHER, WINSTON, STEVEN and MATTHEW; plus the previous three Housemates to join them.

So, after the two events, Pauline, Mark, Helen, Danielle, Christopher, Winston, Steven and Matthew all have their suitcases,

You can catch the task on tonight’s highlights show at 9pm.

Day 4: Danielle: “I’ve not got a problem with same sex marriage”