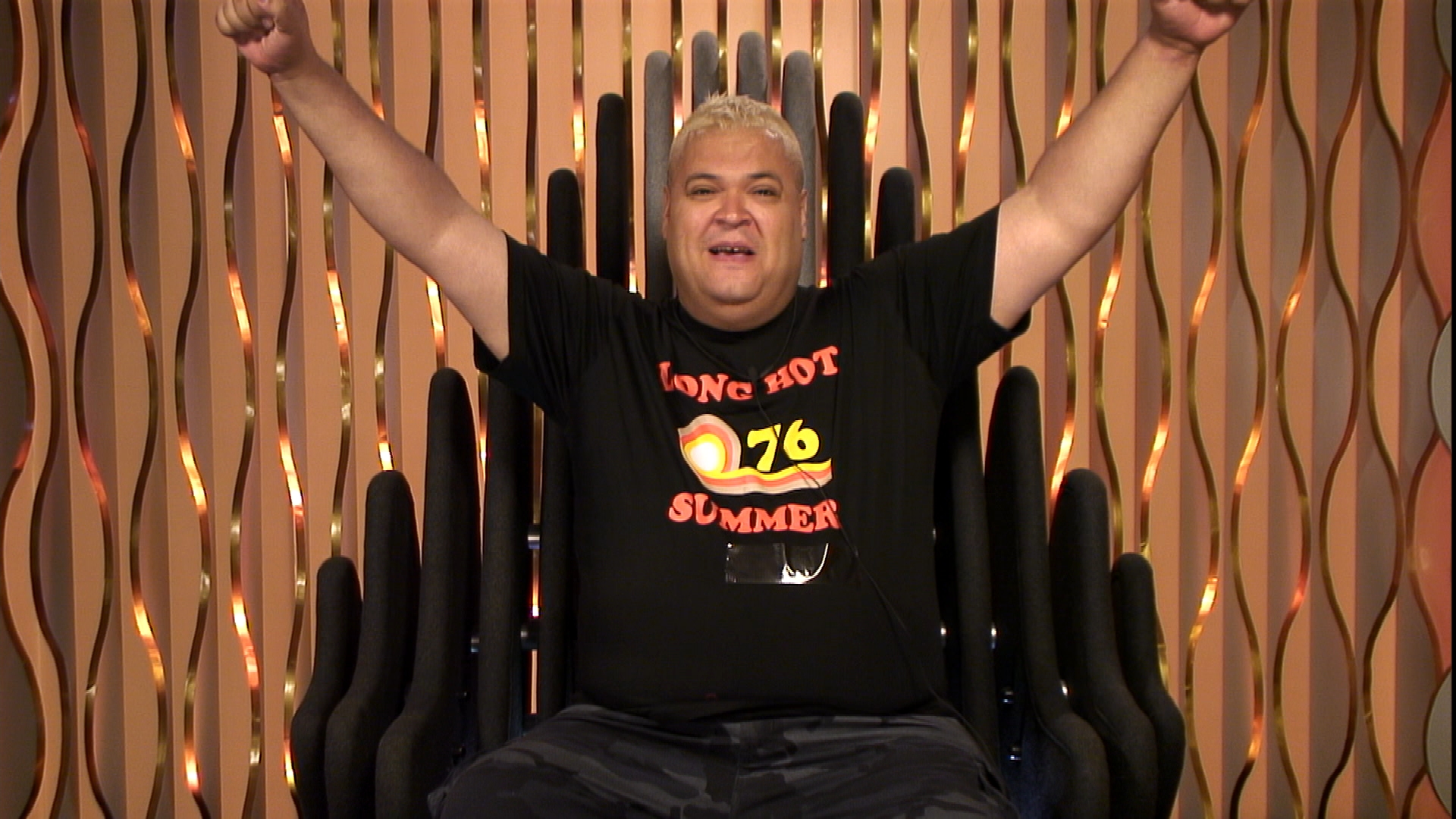 Two more Housemates have won immunity from the first eviction.

During tonight’s highlights show, Biggins is called to the diary room as part of the Secret Boss task, and asked to make his next nomination by serenading a housemate who he would like to nominate. While this happens, the Housemates watch on in the living area.

After leaving the Diary Room, Biggins heads to Heavy D who he then serenades. This means that Heavy D joins Saira and Lewis in being immune from the first eviction of the series.

Big Brother later calls Biggins back to the Diary Room to reveal a secret, while the housemates watch on from the sofas. Big Bother reveals the details of the Secret Boss task, they all laugh. Big Brother also revealed that because he passed the secret task, he would also be immune from eviction this week.

Day 5: James and Bear throw food at each other in latest row