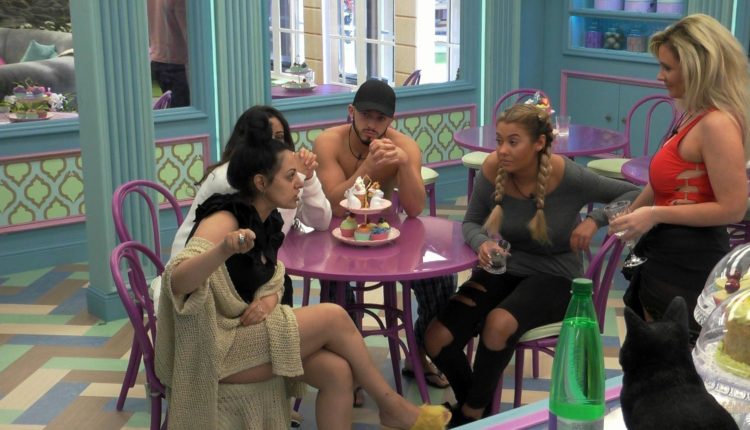 Rebecca and Sukhvinder fall out over Rebecca’s views that she would not employ a woman who did not wear make-up. Rebecca reveals she never goes to work without any make-up and Sukhvinder argues that in her business she does not wear make-up and people take her seriously without make-up. Rebecca says that make-up is a “confidence booster for a lot of people”, whilst Sukhvinder argues “that’s sending the wrong message out to girls because they’ve got so much pressure”.

Sukhvinder argues it is discrimination and says, “You’re discriminating against girls” and “girls out there need to own that sh*t, they don’t need girls on the TV spending five hours putting their make-up on. My daughter does not need role models like that, she does not need that pressure at 19.”

Rebecca later confesses to the diary room that she can see people’s true personalities coming out and that she feels that “Sukhvinder, I’m sure will be a pretty big problem” for the house.

Sukhvinder tells off Kayleigh for brushing her hair in the kitchen while she is eating her breakfast which creates an argument between the two women and leads Sukhvinder to telling off her husband Imran for not standing up for her during the altercation.

Day 4: Tom to swap citizens and exiles in latest decision as People’s Housemate