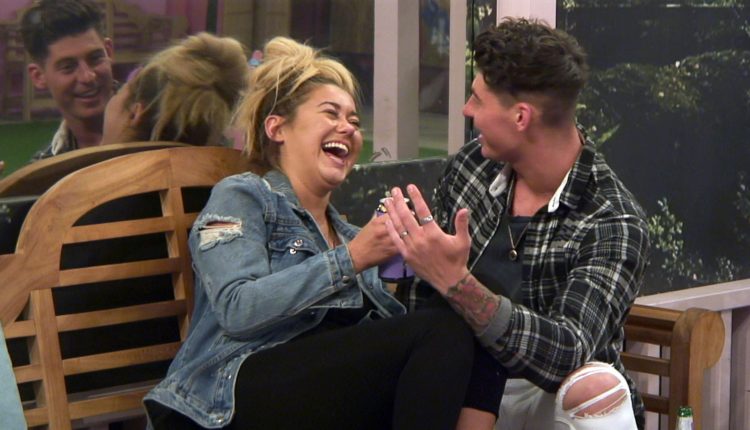 Deborah talks to Big Brother in the diary room and admits she is “c**k-blocking” Sam and Ellie so they cant get intimate in Rose Cottage while she is sleeping in there.

Ellie and Sam are role-playing in bed in Thorn Cottage. They enact a scenario as if they have finished a date, and how they would say goodbye to each other.

Ellie tells Sue and Simone in the living room that she’s going to train Sam how to date, as he doesn’t know what girls like.

Ellie and Sam talk about how similar they are and Ellie tells Sam that she thinks he would have gone for another girl if he had come into the house from the beginning. He tells her he likes her for her personality and would rather have a Fiat Punto than a Ferrari, referring to Ellie as the Punto.

Ellie and Sam are in bed together in Rose Cottage and Deborah is lying close by and commenting to Big Brother about what they are doing and trying to c**k-block them.