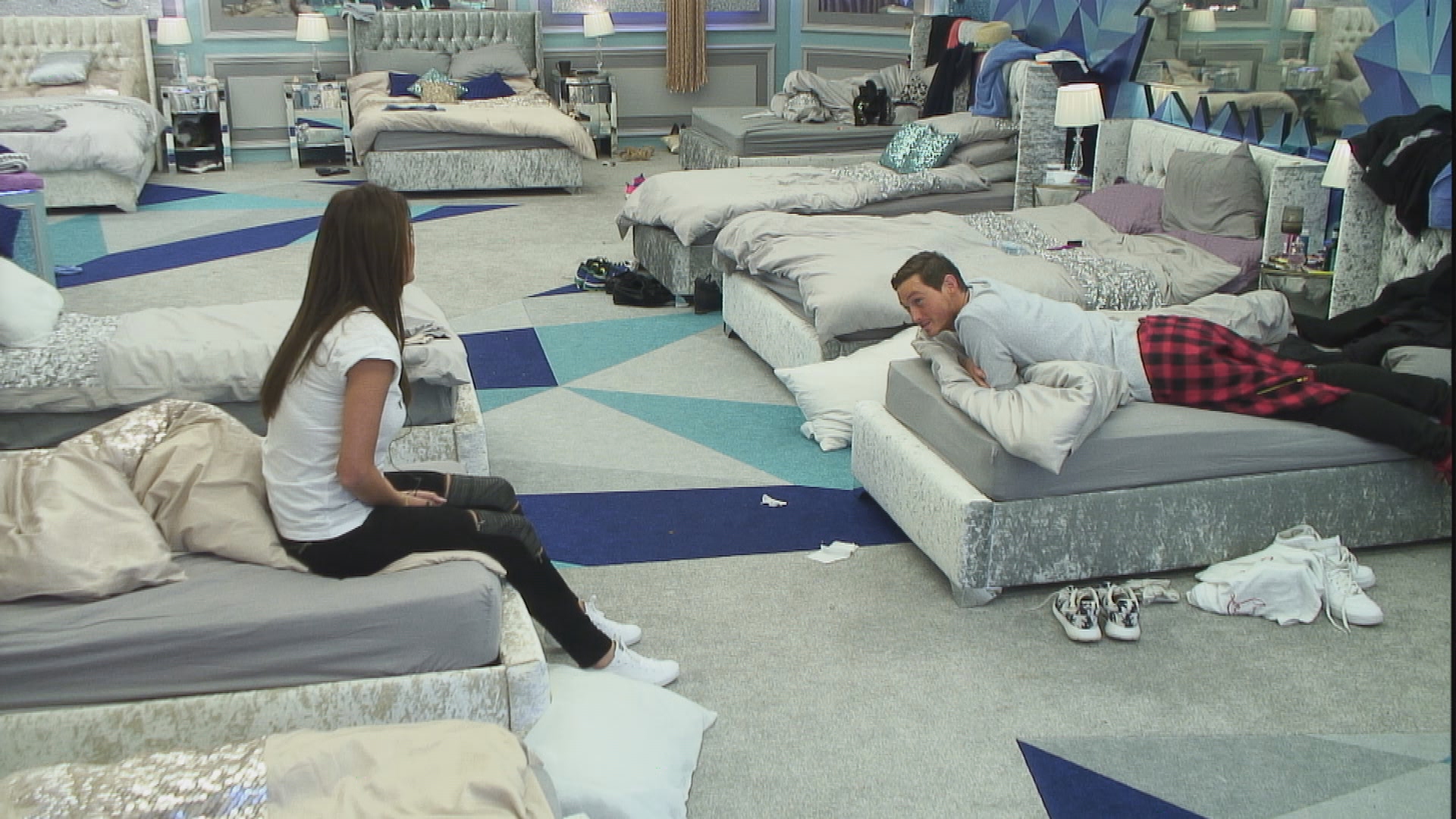 Marc is the talk of the House today, as Helen and Danny have been discussing Marc’s nominations.

First of all, Cristian is in the Diary Room and is speaking about Marc. “It is interesting how he is playing the ‘I have been hardly done to card’, trying to march around the garden with his hood up and aviator sunglasses on for sympathy.

Later, Marc is sat on the sofa with Simon and says “I hate this house now. I hate the backstabbing I hate the two facedness,” Simon walks away and says “I am not getting involved,”

We then see Helen is in the diary room “There are two winners for me in this House, Joel and Marc. They are the only two being consistent to themselves so for me that is why they should win.”

Helen and Danny are in the smoking area talking about Marc. Danny says “I don’t care what he has done I just think he is a dick” Helen comments “I know you do, he tried to save you and Cristian and I wanted to point that out then Brian jumped on the band wagon and made it worse, I don’t think you outright dislike him, you go up and down with him.” Danny agreed and said he had upset people he cared about in the House and that they were young. Helen disagreed. “The only person who gets irate Danny is you and it is going to make you look really bad. Don’t let other people implicate your behaviour.”