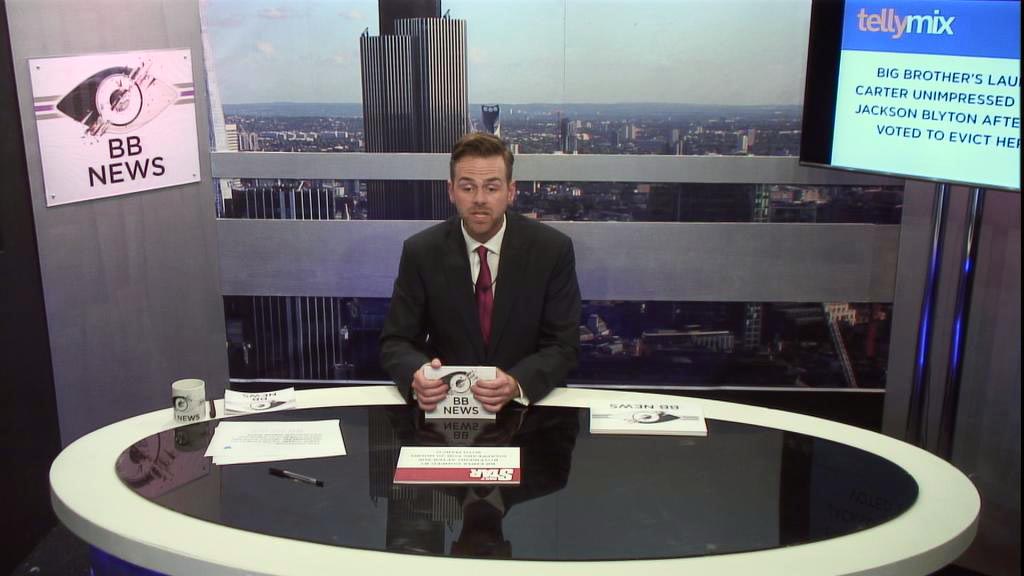 Housemates have been told some big news stories about the outside world.

On tonight’s show, Big Brother gathers housemates on he sofas for the task. Andy has become a news reporter, he will be reporting on news headlines about the housemates, and on news from the outside world

As part of the task, Andy interviews Jackson. Jackson agrees he is an ‘emotional’ person and that his ‘tears are not doing good for his street cred’

Next, Andy breaks news from the outside world. Housemates are asked if they think the following headlines – ‘Britain voted to leave the EU’, ‘Mick Jagger is to become a father’ and ‘the UK has a new Prime Minister’ – are fact or fiction. The housemates’ reactions are mixed

The housemates are shown a clip of Lateysha when she appeared on Bit On the Side. Lateysha asserts that Jason is the biggest game player in the house

After passing the task, the Housemates win face paint.

Day 42: Who could be entering the Celebrity Big Brother House?