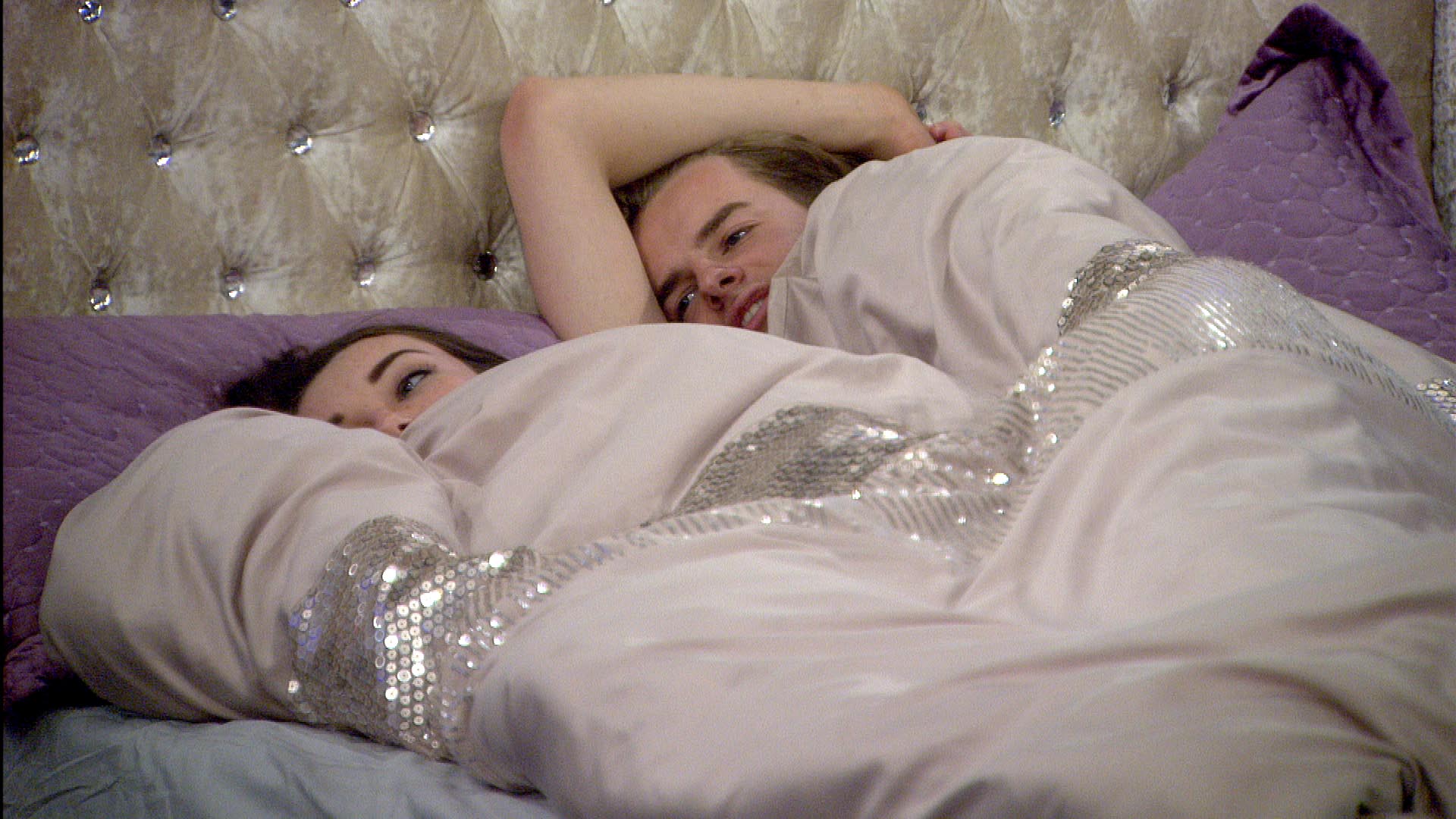 Day 42: Tensions grow between Nick and Harry after bedtime hug

Nick and Harry are slowly growing apart it seems as tensions grow between them.

The scene starts as Danny and Marc are chatting about Harry’s behaviour with Nick. Danny comments, “She’s very demanding.”

Later on in the show, Nick gets into bed with Harry. She is clearly annoyed. She says, “Don’t stop on my account.” Nick responds, “I’m just having a hug with Nikki.” Harry is not very responsive. She then says, “I was picked because you’re more likely to be able to have sex with me in the future.” Nick denies this.

At the end of the show, Harry is still annoyed with Nick. She says, “I’m sick of being disrespected. Obviously me and you have different values.” Nick is trying to find out when she’s so angry. Harry refuses to go into it.