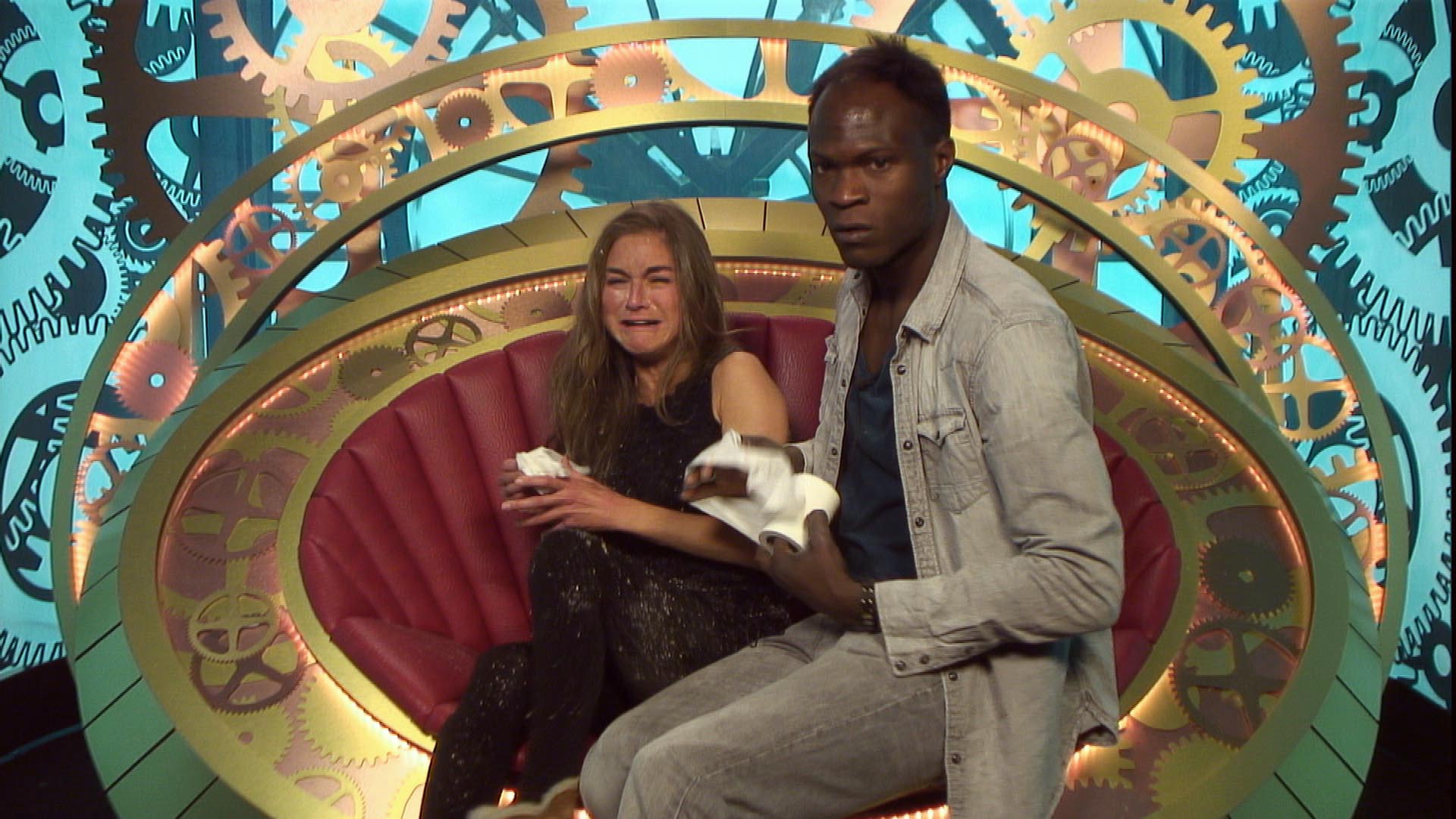 Day 43: Nikki moves into spare room and asks to leave the House

Nikki has taken to the Diary Room to ask to leave, and has been moved into Big Brother’s spare room.

Tonight, the Housemates are seen revolting against Big Brother who punished them for sleeping during the day. When the store room is reopened, the Housemates jump on the pile of cushions and start throwing cushions at one another. It quickly escalates into a food fight. Nikki is hit in the face with a plastic bottle. Everyone is laughing except Nikki who is crying.

Nikki runs to the Diary Room screaming and crying. Brian, Cristian and Simon try to join her but Nikki shouts at them to leave. She lets Brian return. Nikki shouts, “I wanna go home. They threw things at my nose and they landed on my head. I was just really frightened. I know it started as a joke but it started getting out of control. I thought I was going to die. It was so scary.”

Joel and Nick look at the aftermath in the storage room. Nick says, “It’s a disaster.” Cristian says, “That was amazing.” All the Housemates except Nikki are talking about the food fight being fun. Joel and Jack try to salvage some food to save it from being confiscated.

Nikki and Brian are still in the Diary Room. Nikki has started to calm down. She says, “Everything was going on my head and I couldn’t breathe.” Brian says, “It was distressing to see you in that state. I knew something was going to happen. They’re not very nice people.”

Nikki is bedding down alone in Big Brother’s spare room. Most of the Housemates are in the bedroom and are all still excitable. They are chanting and singing. Brian decides to sleep alone on the floor in the living area. Brian says, “This is an asylum.”

Day 43: Housemates are punished by Big Brother after revolt