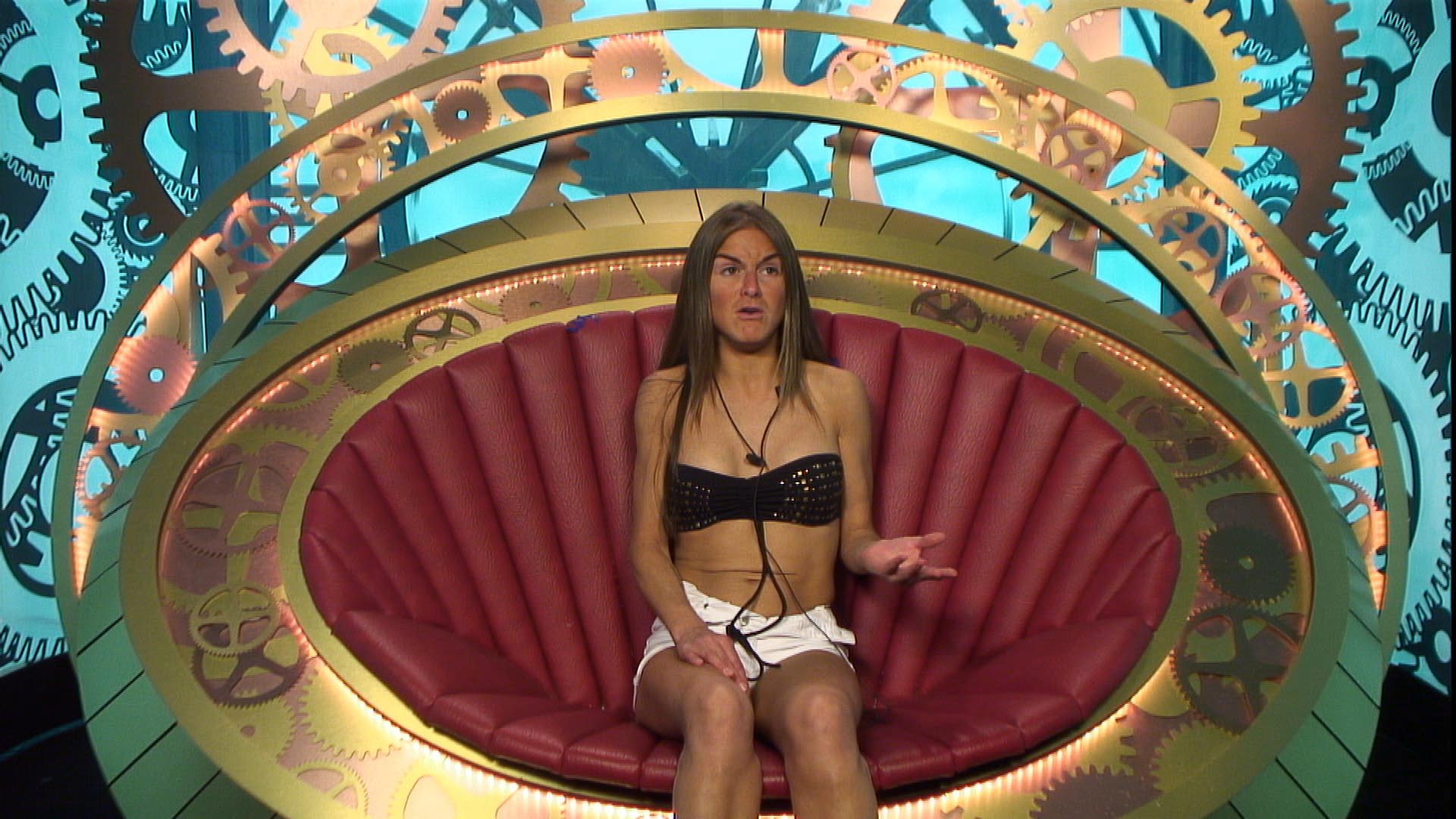 Day 44: Nikki on Helen: “She’s such a horrible, nasty human being”

Yesterday, we saw as Nikki moved into the spare room for the evening following a Housemate rebelion. However, as she returns to the House, Helen isn’t impressed.

At first, Helen is in the Diary Room talking about Nikki. “She’s so full of shit. You know we were breaking a rule and you know we’d be punished for it. You wanted to get out of it.”

Nick and Nikki are at the kitchen table. Nikki is digging to trying and to find out if Helen has been saying things about her. Nick says, “She was just saying you were doing it for the press.” Nikki is annoyed saying, “I can’t wait to get away from her.”

Helen is in the bedroom talking about Nikki. Helen says, “I can’t be arsed how she milks stuff. She thinks she’s better than everyone else in this house. She’s miserable as sin. She’s got a face like a melted wellie.”

Nikki and Brian are in kitchen talking about Helen. Nikki says, “I don’t trust Simon. I know she doesn’t like me so he’s just running in between the pair of us. I don’t trust him as far as I can throw him. I’m not a hard bitch that can put up with things.” Brian says, “She’s the ice maiden. That ain’t some normal bird with a big mouth. She’s evil.”

Helen and Marc are in the kitchen talking about Brian and Nikki. Marc says, “They haven’t done anything all this week.” Helen responds, “They’re here for the money. Ungrateful bastards.”

Nikki is in the Diary Room. “I can’t seem to get my personality back. I’ve heard what Helen was saying last night when I was in distress. That just proves exactly what she’s in here for. She’s such a horrible, nasty human being. She seems to have so much power and status in this house. She’s been resenting my existence in this house since we moved in here. She doesn’t want me in here. She doesn’t like it that most of the housemates like me.”

Nikki and Jack are talking about Helen. Nikki says, “At least I know what I’m up against.” Jack responds, “At the end of the day, you’re gone on Friday. You never have to speak to her again.” Nikki says, “I’m not going to let her ruin my last few days. She’s horrid. She doesn’t like Brian because everyone loves him. She hates me being here. Thank god Brian’s here.”

Day 44: Helen issued with a formal warning over argument with Brian