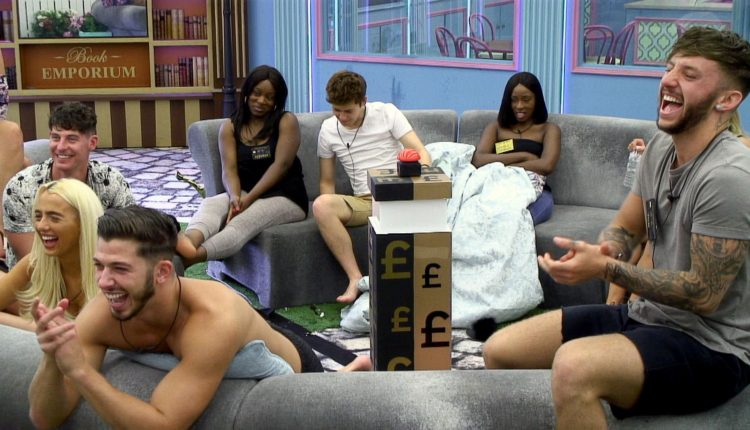 The Steal task continues Chanelle is waking up in the spare bedroom with her boyfriend, she tells him; “It feels really weird not to be waking up with Raph.” Her boyfriend Jake reminds her to be wary of Andrew and Charlotte

Raph is in the diary room, talking to Big Brother about how he’s missing Chanelle. Whilst sunbathing in the garden, Ellie jokes to Sam about being ‘in his shadow’. Deborah and Hannah believe Sam ‘wants to be a reality star’

Chanelle says her goodbyes to her boyfriend. Chanelle tells Big Brother that she had a great night, but has a better night’s sleep with Raph as her boyfriend snores. In the kitchen, Chanelle reveals to Raph and Isabelle that her boyfriend told her to ‘watch Andrew and Charlotte’

In the bedroom, Raph reveals to Chanelle that Josie Gibson also warned him about Andrew As part of the task, Sam and Ellie are called to the diary room. They are invited to spend the night together in the spare bedroom. They accept and £400 is deducted from their teams’ money pot.

On the sofas, Chanelle reveals about her night with her boyfriend; “We tried to go under the covers…it was like married couple sex…it didn’t last long!”

For the next part of the task, each team must decide which one housemate from the other team to banish. Those two housemates will no longer be able to win the money from the task. Raph and Kieran are banished.

In the diary room, Ellie believes it’s fair that Raph and Kieran are now banished

Sam and Ellie are in the spare bedroom, ahead of their night together. Ellie tells him; “Let’s pretend it’s our first date…we’ve got to know each other in such a short amount of time.” Samreveals to her; “I do genuinely like you…I wasn’t expecting this.” Ellie confirms she likes him too and adds; “For now let’s keep a guard up. I’m scared, I don’t want sh*t to happen again”.

In the diary room, Charlotte is talking to Big Brother about Sam and Ellie; “When he first came in I thought he was desperate for fame, he’s just young and dumb. Neither of them are too bright! I think Ellie definitely likes him more than she thinks she likes him. It’s honeymoon stage!”

Sam and Ellie are getting closer and kissing in bed. Sam tells her; “I quite like you. I didn’t plan to like someone, I was expecting it.” Ellie adds; “Just me and you.” The pair go to sleep

Day 45: One housemate steals prize money and is told to evict a Housemate